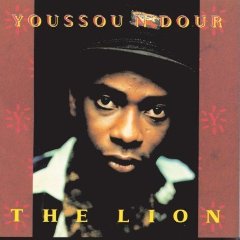 SINCE I BOUGHT Etoile de Dakar’s Thiapathioly LP two years ago, the band have become ‘Super’ and the lead singer has achieved star status, making ...

2005 note: My very first full-length music piece for NME? I so much wish Youssou had not let himself be kidnapped by P.Gabriel. Marcello Carlin ...

PETER GABRIEL HAS often acknowledged the influence of Third World styles on his recent songs and the veteran British rocker is paying back that debt ...

THE '70S DINOSAURS are dying out; either through lack of brain, excess of dosh or both. ...

Black Steel In The Hour Of Chaos

YOUSSOU N'DOUR and PETER GABRIEL, the pair that have set so many causes alight, have combined again, this time to champion female emancipation. LEN BROWN ...

With a little help from Peter Gabriel, Senegal's top artist looks to the West ...

Youssou N'Dour is All Set

YOUSSOU N'DOUR has supplanted King Sunny Ade as the most visible African artist to Western pop audiences since the current surge of international interest in ...

YOUSSOU N'DOUR has been described as the first World Music superstar; as meaningless titles go, this is hard to beat and offers the remarkable Senegalese ...

YOUSSOU N'DOUR has much to thank his mother for. On her advice, this year, the Senegalese superstar stopped trying to please the pop audience that ...

Youssou N'Dour: A Song and a Prayer

Profile and Interview by Mark Hudson, The Observer, 23 May 2004

As the first superstar of world music, Youssou N'Dour has consistently sought to reconcile Africa and the West, but his most personal record yet is ...

THIS BEAUTIFUL record is a new album by Youssou N'Dour, but it is not 'the new Youssou N'Dour album'. We have had one of those ...

Ibrahim Sylla is African music's answer to the likes of Berry Gordy. Charlie Gillett pays homage to the man whose influence is felt from Paris ...

MOST OF THESE wonderfully atmospheric, seminal recordings were made in West Africa during the 1970s, a decade when a regime change was happening in recording ...