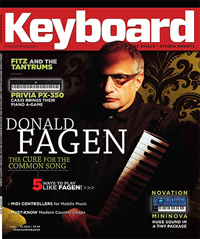 Keyboard is an American monthly magazine, founded in 1975, that originally covered electronic keyboard instruments and artists, and now also covers digital music technology. It is also available in an online edition.