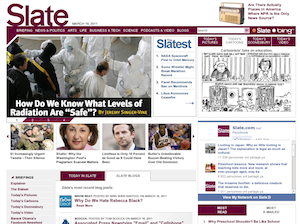 WHEN IT COMES TO the late-period Elvis — you know, the one that played the best rooms in Las Vegas and ate far too many ...

TO READ THE reviews of Bob Dylan's new album, Love and Theft, you would think the rock legend had returned to the salad days of ...

Why did Neil Young try to squelch Shakey? ...

Nelly's Confusion: Is the rapper a preacher or a party animal? Don't ask him. ...

"THERE IS nothing like a Grateful Dead Concert," the old bumper stickers read. After attending my first 10 Dead shows, I soon realized this wasn't ...

Phil Spector's Ghosts: The Spooky World Of The Greatest Producer In Pop Music

FOR OBSERVERS of Hollywood, it's been irresistible: life imitating the movies once again. The death of B-movie actress Lana Clarkson in Phil Spector's Alhambra chateau ...

BJÖRK HAS A KNACK for making records that don't sound like anyone else's. With each new offering—from 1993's Debut, an album that roamed freely through ...