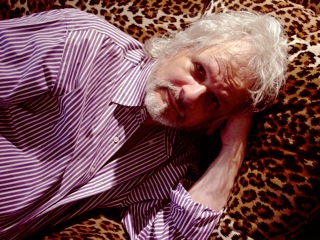 Al Kooper began his career in 1958 at age 14 playing guitar in the Royal Teens – a band who hit #1 with the novelty "Short Shorts." From there he moved to songwriting and his songs were covered by Gary Lewis ("This Diamond Ring"), Gene Pitney ("I Must Be Seeing Things") Freddie Cannon, Lulu, Nancy Sinatra and scads more.

In 1965 he played the catchy organ part on Dylan’s "Like A Rolling Stone" and continued his sound on the albums Highway 61 Revisited and Blonde on Blonde, helping Dylan cement his new sound in place. After that the Stones, the Who, Jimi Hendrix, George Harrison and many others hired Al to play on their recordings. After short stints in the Blues Project and Blood Sweat & Tears, Kooper – alongside Mike Bloomfield and Steve Stills – played on and produced the original jam album Super Session.
Before long Al was producing Nils Lofgren, the Tubes and Dylan, as well as discovering Lynyrd Skynyrd, producing their first three albums including the hits "Free Bird," "Sweet Home Alabama," "Saturday Night Special," and "Gimme 3 Steps."
He scored famed director Hal Ashby’s first film The Landlord and Michael Mann’s famed TV series Crime Story. His enduring autobiography Backstage Passes & Backstabbing Bastards is in its third printing and selling better than ever.
Photo: Susan Monosson

The Band: Music from Big Pink

EVERY YEAR since 1963 we have all singled out one album to sum up what happened that year. It was usually the Beatles with their ...

FOR SOME strange reason, we referred to each other by our "proper" names, Michael and Alan. To everyone else, it was Mike Bloomfield and Al ...

MY DEAR FRIEND Jerry Ragovoy, legendary songwriter, producer, and arranger, passed away on July 13 of complications from a stroke. ...