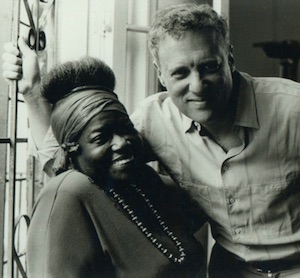 Anthony Heilbut is the author of THE GOSPEL SOUND: GOOD NEWS AND BAD TIMES (fourth edition, 1997; "one of the 100 greatest books of the twentieth century," Counter-Punch); EXILED IN PARADISE: GERMAN REFUGEE ARTISTS AND INTELLECTUALS IN AMERICA FROM THE 1930's TO THE PRESENT (1983, 1997; title and subject of conferences held in Los Angeles in 2003 and New York in 2004); THOMAS MANN: EROS AND LITERATURE (1996; winner of the Randy Shilts Prize for Gay Non-Fiction, 1997); a forthcoming collection of essays (2006); and numerous contributions to anthologies of literary and musical criticism. Contributor to THE LOS ANGELES TIMES BOOK REVIEW; THE NEW YORK TIMES BOOK REVIEW; THE NATION; THE NEW YORKER; THE VILLAGE VOICE, etc.

Record producer specializing in Black Gospel Music. Albums produced have won the Grammy Award (Mahalia Jackson's How I Got Over) and the Grand Prix du Disque (Marion Williams' Prayer Changes Things). In 2003 Precious Lord: The Beloved Gospel Songs of Thomas A. Dorsey was among the first fifty recordings to be selected by the Library of Congress for its National Registry. Also producer of anthologies of jazz, country, White Gospel, and opera.
Heilbut's long-awaited essay collection THE FAN WHO KNEW TOO MUCH was published by Knopf in June 2012.

The Dixie Hummingbirds, The Soul Stirrers, Marion Williams: How Sweet It Was: The Sights and Sounds of Gospel's Golden Age

Thomas A Dorsey: The Music of Thomas Andrew Dorsey in the Urban Church By Michael W. Harris. Oxford University Press. $29.95.

THE RISE OF GOSPEL BLUES ...

Book Excerpt by Anthony Heilbut, 'The Fan Who Knew Too Much' (Knopf), June 2012

AMONG THE SEVERAL MYTHS Aretha's father Reverend C. L. Franklin incarnated was a familiar type, Reverend Eatemup, the man with pastoral appetites in food and ...

WHOSE BLUES is it anyway? On his first trip to the Mississippi Delta, Elijah Wald found himself performing a Robert Johnson song at the Mt. ...

WHEN ELIJAH WALD first mentioned Josh White to his parents, their memories clashed. His father recalled an earthy laborer, sweating soulfully; his mother, a sleek ...