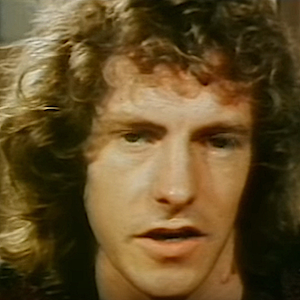 In 2005, Anthony wrote and produced a five-part radio documentary on how an Australia-wide rock 'n' roll touring circuit came of age throughout the '70s.
Anthony passed away in December 2018.

LADEES AND GENTLEMEN, introducing one of the few bands in Australia that deserves the tag of a real street punk band...putcha fists together in ominous ...

IN THE OLDE DAYS of Rock and Roll, it seemed as soon as anyone made No. 1 in the charts he wasn’t content to be ...

"WELL," SAYS David Bowie. "Rock and roll is just a toothless old woman. It really is." ...

David Bowie: Watch Out Mate! Hitler’s On His Way Back

"WE THINK WE'VE got an audience," says the spokesperson in the Bowie suite. "We're pretty sure the operator will be listening in." ...

Quite simply – there were no survivors ...

ELVIS COSTELLO? Probably you've heard of him even if you haven't heard 'Watching the Detectives' on radio or you somehow missed out on the RAM/Stiff ...

AC/DC Would Really Like To Be As Successful Here As They Are In England, But…

IT'S EASY TO find AC/DC in the airport terminal. Just look for a mob of tough looking Scotsmen drinking at the public bar and the ...

WHEN LEONARD COHEN takes the stage there's a small, collective gasp, almost resembling the threshold of tumescence, or the sudden realisation of a dream come ...