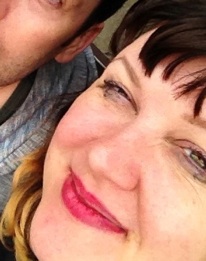 Bethan Cole, b.1971, has written about music, fashion, beauty and the arts for the NME, The Big Issue, i-D, Vogue and The Sunday Times.

4 Hero: The Sound of Unimaginable Dreams

Dego and Mark are 4 Hero. And Jason's Optical Stairway. And Tom & Jerry. And the brains behind Reinforced Records. They gave Goldie a break ...

A Guy Called Gerald: Return of the Gerald

With 'Voodoo Ray' A Guy Called Gerald defined British acid house. With '28-Gun Bad Boy' he lit the fuse that became jungle. With his new ...

Blake Baxter, Joey Beltram, System 01: Techno in Berlin: Down In The Bunker

Report and Interview by Bethan Cole, Mixmag, May 1995

Berlin: Eastern techno axis, where hardened Detroit innovation collides with glam club babes in a former department store bunker. Tresor is the club and the ...

LTJ Bukem: "Don't Miss Out on a Good Thing"

That's what everyone's saying about LTJ Bukem — the man whose pioneering, melodic take on breakbeats has catapulted him into the drum n' bass super ...

TWO THINGS you should know about Daft Punk. Firstly, they're not in the slightest bit stupid. Secondly, ostensibly, they've got nothing to do with 1977. ...

AT THIS moment she's so far out, floating in her own self-programmed audiogalactic, that no one else in hip hop or R&B can touch her. ...

The daughter of Anglo-French musical royalty, Charlotte Gainsbourg was destined to be a performer — and now she's in the hottest arthouse film of the ...

Tuff Jam: Jam On It

Things are on the up for Tuff Jam. They've got a peak time radio show, records in the charts and followers all over clubland. They ...

You reckoned the rave dream died years ago? Think again! They may have hung up their whistles and white gloves, but Scotland's musical youth are ...

Dance Culture: One Nation Under A Groove

Ten years ago, a few hundred people were raving all night to the sounds of acid house. A year later there were a few thousand ...

Speed Garage: Sound Of The Future

It's harden faster, sharper and more bass-heavy than ever before, it has MCs, rewinds, ragga vocals and time-stretching. Its energy and hedonism is hard to ...

Jellies used to be heavy shit, for addicts and desperados. Then serious clubland hedonists started taking them to come down. Now, in the search for ...

Trainspotters: Sad All Over

Trainspotting, eh? We all do it, to one extent or another. But there are people who go that little bit further. People who take it to extremes. Who let collecting, buying ...

Why does everyone ignore "Jump Up" jungle?

Even Goldie has been dissing "jump up". But wasn't it the ragga stuff that put jungle back in the frame in the first place? ...