Bill Prince is a pseudonym for Bill Black 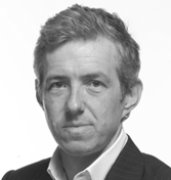 IT'S LIKE A scene from Roeg's Don't Look Now. Between the grim, grey tombstones that populate a Glasgow cemetery like so many broken teeth, fleeting ...

WAS THIS an ICA Rock Week or a DeMob works outing? ...

The Smiths: Keep Young and Beautiful

BEFITTING A BAND verging on greatness, the Smiths have a keen sense of their own history. ...

IT'S BEEN a long time since Jonathan Richman's last album, Back In Your Life, and apart from the release of some interesting Kim Fowley produced ...

HE'S BACK. And although it's been two years, an aborted LP and a thousand rumors since we last heard the Associates' flighty, feisty pop, listening ...

MAYBE IT'S THE lamentably low profile Factory's finest otherwise adopt, but it's as if New Order chose August to explode onto a slumbering music scene. ...

"RICHARD HELL HAS been the most emotionally compelling, brilliant, innovative and influential rock 'n' roll performer of the past ten years. Unfortunately, these qualities are ...

ONE TWO THREE FOUR! Six, eight, ten? Is it really ten years since the Ramones turned a slum bar on the Bowery into the birthplace ...

ROBERT CRAY is to blues what Wynton Marsalis is to jazz. That is, a young, mercurial talent who's arrived on the scene with a fresh, ...

Richman, you’re a Baby! Bill Black takes a rare opportunity to explore the eccentric psychology of a modern lover. ...

The Ramones: Bombing Out!