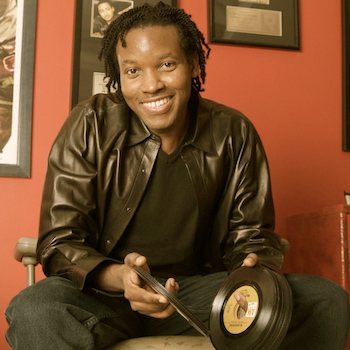 NAACP Image Award nominated author Bill Carpenter was raised in the suburbs of Washington, D.C. A music buff since childhood, he grew up on a diet of country, rap, disco, gospel and pop music. He graduated from the prestigious Duke Ellington High School for the Arts and then earned a B.A. in history from American University.

Bill honed his PR skills as a junior press secretary for Bill Clinton’s 1992 presidential campaign where he handled press for celebrity supporters of the campaign such as Judy Collins, Quincy Jones and Little Richard. From there, he served as the media coordinator for Coretta Scott King's 30th anniversary "March on Washington" in 1993 that drew 100,000 people to the nation’s capitol.

During this period, Bill began freelance writing. He was a contributing writer to the Washington Post (1991-1994) and People magazine (1993-1997). He wrote dozens of stories for publications such as Goldmine and Living Blues. During this season, he wrote over 300 articles on performers such as Johnny Mathis, Joan Baez and Sisqo of Dru Hill.

DR. JOHN IS as much identified with New Orleans as gumbo is. In a May '97 interview with FI magazine, Dr. John, "Mac" to his ...

MOTOWN'S MARVIN GAYE more so than any other male soul singer, represented the essence of the seventies. ...

MILLIE JACKSON'S name means a lot of things to a lot of different people. Pioneer or profiteer? ...

Dorothy Moore: Giving It Straight To You

MISSISSIPPI HAS probably been trashed more than any other darn state in the union. It's been called the poorest state (which sho' ain't a crime, ...

EVERYTHING ONE should do to get a big name in showbiz seems to be the opposite of what Tracy Nelson does. No fancy duds to ...

THERE'S NO question about it. Forget the Winans or the Hawkins Family, the Staple Singers are the most widely known, best-selling gospel group of all ...

When you get that old yearningTo come around knocking on my doorYou know I'm gonna let you inBaby just as sure as sin, as sure ...