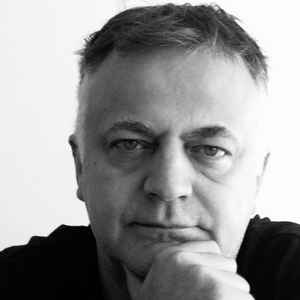 Chris Heath is a British writer who was a regular contributor to the popular English music magazine Smash Hits in the '80s and early '90s. In the late '80s, he travelled with Pet Shop Boys on their first ever world tour and the result was the book entitled Literally, released in 1990. In 1993, he published Pet Shop Boys Versus America which was written as he accompanied them on a US tour. He wrote the liner notes to the 2001 reissues of the band's first six albums, and assisted in the compilation of additional songs for inclusion. Alongside Pet Shop Boys, he contributed to the commentary track on the 2003 PopArt DVD. He writes and edits the Pet Shop Boys' fan club magazine, also called Literally, and conducts an interview for each of their tour programmes. He has been a staff writer at Details, Rolling Stoneand most recently, American GQ,for which he has interviewed and written profiles of many celebrities. He is also the author of the best-selling biography of Robbie Williams, Feel (2004), and its follow-up, Reveal (2017).

HOW DO New Order get away with It? If Wham!, Spandau or Frankie stood up onstage wearing their everyday clothes and looking fairly bored, played ...

They're all either 19 or 20 years old. They smash equipment on stage. They wear obscene t-shirts. They play chaotic pop tunes and they want ...

Fireworks, gold discs, spots, a lot of snogging, an interview in a pub, a TV-am film crew and two very nosey people from Smash Hits... ...

Pet Shop Boys: What Does It Take To Make These Men Happy?

A NUMBER ONE RECORD? GETTING ON THE COVER OF SMASH HITS? LOTS OF LOVELY MONEY?  WELL, THEY'VE HAD ALL THAT AND THEY STILL LOOK LIKE ...

Their names are MCA, MIKE D and AD-ROCK. They are the most obnoxious pop stars in the history of the world. They are causing complete ...

Michael Jackson, eh listeners? He's a bit of a rum dude who never talks to anybody in his weeny, whisperish "voice". Except, that is, to ...

Wet Wet Wet: Could you cope with being in Wet Wet Wet!

Well, first of all you get "kidnapped" by a mad taxi driver, then you get attacked by people who want to punch you in the ...

Come on Debbie, time to rise and "shine"! (snooooze...) Out from under the "duvet" with you, missus! (yawn!)... Debbie Gibson tells Chris Heath about her ...

...And pandas, the planet Pluto and about a million other spook-objects. What do they all have in "common"? They're just some of the things that ...

Geddit? Neither do we actually, but then it seems we're not supposed to. That's De La Soul for you. Chris Heath wrestles with the grumpiest ...

IT'S THE Monday morning after their "triumphant" performance of 'You Got It (The Right Stuff)' at the Smash Hits Poll Winners' Party and New Kids ...

A SIZZLING X-RATED SHOW! (except it's nothing of the sort) ...

She was the toast of the pop world with her spicy Latin tunes! But then, last year, she narrowly escaped death in a coach accident ...

In which our hero, trapped in the hills of Los Angeles, finds a girl, discovers his emotions and consumes copious amounts of drugs ...