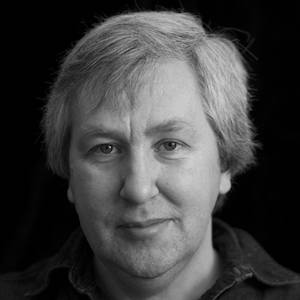 Clinton Heylin is recognized all over the world as a leading authority on Bob Dylan. He was co-founder of Wanted Man, the British magazine dedicated to studying Dylan's life and work, and for a number of years edited the news section of its quarterly magazine, the Telegraph.

He published the highly praised biography, Dylan: Behind the Shades, in 1991 and followed it up in 1996 with an equally well-received account of Dylan's recording career, Dylan: Behind Closed Doors, which was nominated in the USA for the prestigious Ralph J. Gleason Award for music books.

His other books include Day By Day: A Life in Stolen Moments, From the Velvets to the Voidoids (a history of American punk), The Great White Wonders (an in-depth history of bootlegging), No More Sad Refrains (a biography of Sandy Denny), Despite the System: Orson Welles versus the Hollywood Studios and So Long As Men Can Breathe (on the publishing history of Shakespeare's Sonnets).

In 2012, Heylin published All the Madmen, about the theme of mental illness in British rock music in the 1960s and 1970s. Also in 2012, he published E Street Shuffle: The Glory Days of Bruce Springsteen and the E Street Band.

In 2015, Heylin published It's One for the Money, a history of song publishing since the birth of the popular music industry and the establishment of song copyrights at the beginning of the 20th century. The following year brought Anarchy in the Year Zero: The Sex Pistols, the Clash and the Class of '76 and a study of Bob Dylan's 1966 World Tour, Judas!: From Forest Hills to the Free Trade Hall: A Historical View of Dylan's Big Boo.

In 2017, Heylin published his account of Dylan's controversial "Born Again" Christian phase, Trouble In Mind: Bob Dylan's Gospel Years: What Really Happened, while 2018 brought the publication of What We Did Instead Of Holidays: A History Of Fairport Convention And Its Extended Folk-Rock Family.

Brought up in Manchester and educated at Manchester Grammar School and London and Sussex Universities, he now lives in Somerset.

Forty-seven years on from the fabled sessions in Woodstock, BOB DYLAN'S complete Basement Tapes finally see the light of day this month — all 138 ...

THE RECENT SPATE of rock memoirs has proved one of the less rewarding sub-genres in the post-digital Gutenberg galaxy. Obeying few rules of a good ...

Bob Dylan: No One Else Could Play That Tune: An Introduction

Book Excerpt by Clinton Heylin, 'No One Else Could Play That Tune' (Route), October 2018

And I could never let you go, No matter what goes on, 'Cause I love you more than ever, Now that the past is gone. —Last ...

Joy Division: Jon Savage: This Searing Light, the Sun and Everything Else – Joy Division, the Oral History (Faber)

The post-punk band were great performers. But they sold very few records, and their lead singer committed suicide aged 23 ...

WARREN ZEVON, a Laurel Canyon contemporary of Joni Mitchell, once wrote a song called 'Accidentally Like A Martyr'. Taking a leaf from Zevon, David Yaffe's ...

Book Excerpt by Clinton Heylin, 'Anarchy in the Year Zero' (Route Books), May 2016

"The sound is a mean cacophony, not unreminiscent of Bowie's early Spiders, the material a mixture of Anglo-American teen punk classics – the Stooges' 'No ...