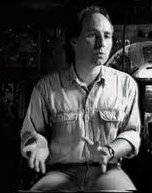 Colin Harper contributed regularly, as a professional writer, to the Irish News, Irish Times, The Independent, Q and Mojo, and periodically also to Folk Roots, Record Collector, The Guitar Magazine and other titles, between 1993-2001, specialising in folk music and 60s/70s rock.
His biography Dazzling Stranger: Bert Jansch and the British folk and blues revival (Bloomsbury, 2000) has been widely acclaimed, being republished in revised form in both 2006 and 2012. A themed, expanded collection of journalism, Irish Folk, Trad & Blues: A Secret History (Collins Press, 2004), was co-authored with blues journalist Trevor Hodgett. His writing since 2001 has tended to be for sizeable CD sleevenote histories rather than magazines, often spanning a series of releases, on neglected artists such as Quintessence, Duffy Power and Atomic Rooster.
As a musician, Colin has been privileged to have recorded with artists including Jan Akkerman, Brooks Williams, Martin Hayes and Bert Jansch. Since 2007 he has released three albums of his own music, including Titanium Flag (2010), an instrumental set inspired by the books The Ice Museum by Joanna Kavenna and True North: Travels In The European Arctic by Gavin Francis. Yes, a concept album. He was heavily involved in the partial reunion of Quintessence at Glastonbury 2010, 40 years after they had opened the first festival, chronicled on Rebirth (Hux, 2011); and was instrumental in – and on – the release of Tigers (Market Square, 2012), the first new Duffy Power album in 39 years.
Echoes from Then, Colin's biography of John McLaughlin, was published in 2017.

ALL OVER the world there are individuals trading copies of grainy videos from European television, cassettes of horrendously obscure old records by people with unpronounceable ...

Author's Note: This was commissioned for Mojo but for reasons unclear to me never ran. It was during a period where a lot of writers ...

THIS WAS THE Scots/Irish band's first time in Belfast in eight years, since when they've progressed from being a traditional music group to, well, something ...

"SÉAMUS ENNIS was unique," wrote Ciarán Mac Mathúna, about the singular piper, folklorist and broadcaster on his death in 1982. "Of course, every person in ...

IF SOMEBODY back in the "summer of love" had told Ashley Hutchings, Richard Thompson and Judy Dyble – members of North London's premier Jefferson Airplane ...

"HOW CAN WE explain the phenomenon of Julie Felix?" mused Karl Dallas, Melody Maker's titan of folk, in a December 1965 concert review. "Clearly anyone ...

"HE SUFFERED A LOT. His health was bad. He had a problem with drink. His relationships with women were all messed up because of his ...

Peter Green: Things are rosier for Peter Green, but does he still have the blues?

Report and Interview by Colin Harper, The Scotsman, 5 May 1997

CIRCA 1984, and during one of those latterday sojourns in the course of the once Old and Grey Whistle Test's sleepy history when it found ...

THE SOPHISTICATED BEGGAR, the Valentine, the Loony On The Bus... Roy Harper has worn these and other Lifemasks for more than 30 years now and ...

RELEASING HIS THIRTY-SIXTH ALBUM, and still best-known to the world at large as a bloke who once sang on a Pink Floyd record ('Have A ...

ROY ASSURES ME that it only happens in Liverpool, Belfast and Dublin. "It" being the verge-of-chaos spectator sport and crowd participation version of what would ...

OVER THE PAST three years Hayes and Cahill have taken their remarkable, breathtakingly subtle artistry to some sizeable venues. Indeed, next year the plan is ...

BY THE TIME of his fourth solo album, The Lady and the Unicorn (1970), John Renbourn was living in a thatched cottage in Hampshire and, ...

They've come a long way from Tipperary, and now the original Celt rockers have finally regained control of their back catalogue. Lyricist Eamon Carr talks ...

WITH EXPANDED REISSUES of classic albums by himself and his various bands – including Fairport Convention's Leige & Leif and his own Compleat Dancing Master ...

HAVING BEEN through the music business mill several times over the past thirty-five years, with spells in such legendary and pioneering Irish music ensembles as ...

MOST ROLES and occupations in life are applied for, coveted, stolen or won; with others, the job is so novel it happens by stealth.  After ...

Bert Jansch: Bert and my Book

ONE CAN NEVER SPEAK with confidence for the entirety of Jethro Tull's following — and certainly not for the Ian-is-God element — but speaking as ...

"HARD TIMES IN NEWQUAY, If You've Got Long Hair" was the endearingly absurd refrain performed by that Zelig of British acoustic music, Raymond "Wizz" Jones, ...

FOR SEASONED Renbourn watchers, there was little in the great man's own set tonight that surprised, but much that delighted. Booker T's 'Sweet Potato' has ...

CAREFULLY-PACED is the byword for the B.B. King show these days: he's 73, a little frail and vocally not as powerful as he once was. ...

Author's Note: I often had a chance to preview touring artists, soon to be playing in Northern Ireland, in the Irish News, a Belfast-based daily ...

Retrospective and Interview by Colin Harper, MOJO, May 2006

JOHN MARTYN MADE some very beautiful and distinctive acoustic-based records in the '70s, most notably Solid Air –reputedly a "chillout" fave for today's clubby types. ...

Author's Note: Both Trevor Hodgett and myself wrote a fair amount about local guitar legend Henry McCullough during the '90s. Indeed, Trevor still does. When ...

NOTE: This is a slightly longer edit of the piece as published in MOJO, sometime in the early 2000s. Since that time (in the early ...

TAKE A TRIP around eBay and Discogs and you will conclude that Mike Westbrook is a man who makes rare records. Periodically, something from the ...

Author's Note: the longed-for compilation of Duffy's Parlophone singles mentioned at the end of this piece did indeed (shortly after) come to pass, in the ...

AMONG ALL THE cases of stars who might have been, who had the magic but not the luck, the greatest is surely that of Duffy ...

ONE HAS TO respect Cliff's achievements: 40 years in a business increasingly designed for three year careers; number one hits in five different decades; recently ...

DEFINING THE phrase "meat and potatoes" rock in the grand tradition of, say, Rory Gallagher in the '70s, the most remarkable thing about this young ...

HUBERT SUMLIN – best known as guitarist for the late Howlin' Wolf – is one of the bona fide legends of modern blues. At a ...

BELFAST'S WATERFRONT Hall embodies all the characteristics of a provincial Barbican – a kind of clinical, beige Gormenghast of a place where corridors lead to ...

ON THE ONE HAND they welcomed all sorts of pop pioneers and future legends into the nation's living rooms… and then, on the other, they ...