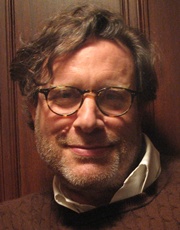 Danny Goldberg began his career in 1969 as a music journalist having written for Rolling Stone, Circus, Crawdaddy, Record World, Billboard and The Village Voice. Later he wrote about culture for The Los Angeles Times, The Nation, and Tikkun.

From 1974-1976 Danny was Vice-President of Led Zeppelin's Swan Song Records, and in the early nineteen eighties he co-owned Modern Records, which released Stevie Nicks' solo albums.

From 1983-1992, Danny was the founder and President of Gold Mountain Entertainment, a personal management firm whose clients included Nirvana, Hole, Sonic Youth, Bonnie Raitt, and The Allman Brothers.

Danny formed the indie label Artemis Records in 1999, which and ran until 2005. Artemis releases included Warren Zevon's Grammy winning The Wind, Steve Earle’s Grammy winner The Revolution Starts Now, and the Baha Men’s Who Let The Dogs Out.

Danny is author of the book Bumping Into Geniuses, (Gotham Books). He is also author of the 2004 book How The Left Lost Teen Spirit (Akashic) and he co-edited the 2002 anthology It’s A Free Country.

JOHNNY CASH the Misfit: Drug induced and being busted for possession of benzedrine at the Mexican border happened long after he had made a name ...

GOSPEL MUSIC, songs with lyrics derived from the Old and New Testaments, a music with its roots in church choirs, is one of the oldest ...

A Double Triumph For Elyse Weinberg ...

Alice Cooper: Love Them To Death

"WE'RE MERELY the end-product of an affluent society," Alice Cooper is fond of saying. "We enjoy getting on stage and showing the public what their ...

COUNTRY JOE & THE FISH are certainly unique in American rock. By the time their first album came out they had really passed their peak ...

Karen Dalton: In My Own Time (Just Sunshine/Paramount)

KAREN DALTON is a folk legend whose name is spoken with reverence on MacDougal St., in Woodstock, in Texas, or anyplace else where she has ...

THIS RECORD would be worth the price of purchase just for one cut: the group's rendition of an early Dylan song 'I'll Keep It With ...

ODDLY ENOUGH, the first question that come to mind writing about Grand Funk Railroad is, why don't people like them? This is followed quickly – ...

"THE JEFFERSON Airplane" Jerry Garcia has said, "are a bunch of crazy madmen. Together, they have their own unique chemistry which is like a very ...

WE ALL AGREE that Gary Puckett and The Union Cap is pretty awful and we all agree that The Rolling Stones are pretty good. Those ...

DOUG KERSHAW, before his current tour was primarily known as "the guy who was on the Johnny Cash Show the same night that Dylan was ...

Led Zeppelin: Under The Hood – A Backstage Chronicle Of The Historic 1975 Tour

Report by Danny Goldberg, Circus, May 1975

THERE WAS an historic purple aura in the clouds that hung over the audience at Madison Square that evening in February. ...

IF YOU liked Al Kooper, you'll love Lee Michaels. I hate most of Kooper's stuff but Michaels is beginning to grow on me. ...

Lee Michaels Is Over The Barrel

IT WILL COME as no surprise to followers of Lee Michaels that his sound has changed again. On the heels of his most successful album, Barrel, the ...

VAN MORRISON has finally begun to get his due. Finally is a pretty strange word to use with someone who is not yet twenty-five, but ...

New Riders of the Purple Sage: "People Used To Think Of Us As A Toy Band"

BUDDY CAGE, steel guitar player for the New Riders and Marmaduke the singer were having a disagreement. "Those are a pretty weird bunch of folks," ...

'Most groups start at the bottom and work their way up,' says Keith Reid. 'But we started right in at the top.' ...

SAVOY BROWN is an oddity in the rock pantheon. Never really disappearing, yet never really together they can be compared most easily to John Mayall. ...

GIL SCOTT-HERON'S death last week at the age of 62 stimulated a wave of appreciation from critics and the jazz and hip hop communities who ...

Review by Danny Goldberg, Circus, May 1971

THIS IS MY pick for the greatest album of the year; it certainly is the most impressive surprise masterpiece to hit the rock scene in ...

THERE IS more of the 'Sunshine Of My Life' ballad side of Stevie Wonder on this new LP than the rocking 'Living In The City'. ...

THE YOUNGBLOODS have split from RCA, leaving behind a live album, Ride the Wind, which fulfills their contractual obligations to RCA and have begun their ...

Steve Knopper: Appetite for Self-Destruction – The Spectacular Crash of the Record Industry in the Digital Age

STEVE KNOPPER'S Appetite for Self-Destruction is an entertaining, well-written attempt to chronicle the economic decline of record companies, but his thesis echoes conventional wisdom that ...