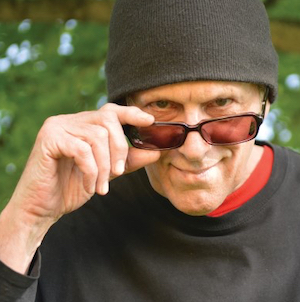 A 1975 graduate of Vanderbilt University, Daryl Sanders is a music journalist based in Nashville and is one of the foremost authorities on the city's extensive rock and soul history. He has edited several magazines covering "the other side of Music City", dating back to the late '70s, including Hank, the Metro, and Bone. He has also written for Performance, the Tennessean, Nashville Scene, City Paper (Nashville), the East Nashvillian, and the Nashville Musician. While his focus has been on music coming out of Nashville, in a career spanning nearly four decades Sanders also has interviewed many legendary rock, soul, and jazz artists not associated with the city, including Frank Zappa, Tom Petty, Joan Baez, Billy Gibbons, Robert Palmer, J. J. Cale, the Neville Brothers, Betty Carter, Gary Burton, John Handy, Ian Astbury, and Cassandra Wilson. His That Thin, Wild Mercury Sound: Dylan, Nashville, and the Making of Blonde on Blonde was published in 2018.

Report and Interview by Daryl Sanders, The East Nashvillian, September 2012