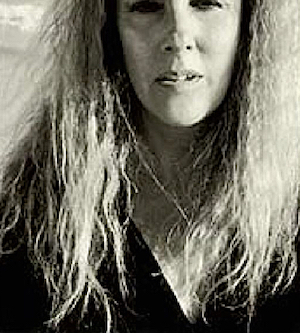 Deanne Stillman is a widely published, critically acclaimed writer and playwright. Her latest book of literary nonfiction is Blood Brothers (Simon & Schuster), which received a starred review in Kirkus, was excerpted in Newsweek, won the 2018 Ohioana Book Award for nonfiction, and appears on several "best of the year" lists, including two at the millions.

Her other books include Desert Reckoning (Nation Books), based on a Rolling Stone piece, winner of the Spur and L.A. Press Club awards, a Southwest Book of the Year, an amazon editors pick, recipient of rave reviews in Newsweek and elsewhere and Twentynine Palms (Angel City Press), an L.A. Times "best book of the year" and cult classic which Hunter S. Thompson called "A strange and brilliant story by an important American writer." It's under option to Anthony Mastromauro (producer of The Old Man & the Gun).

Additionally, the singer-songwriter Tony Gilkyson (formerly of X) has written six songs based on Twentynine Palms; they will be released in 2021. In 2020, the country band, Granville Automatic, released a single called 'Twentynine Palms', inspired by Deanne's book.

Deanne is also the author of Mustang (Houghton Mifflin), an LA Times "best book of the year", and praised from the Atlantic to the Economist. It's now out in audio with Anjelica Huston, John Densmore, Frances Fisher, Wendie Malick, and Richard Portnow (on bandcamp from Rare Bird Books).

Her essays have appeared in the Independent, Public Seminar, lithub, NY Times, LA Times, Tin House, High Country News, the LA Review of Books, and elsewhere, and her work is widely anthologized. Additionally, she's a member of the core faculty at the UCR-Palm Desert MFA Low Residency Creative Writing Program.

Her latest plays include Reflections in a D'Back's Eye, about the mass shooting in Tucson in which Gabby Giffords was wounded and a little girl was killed. It was produced at Highways in Santa Monica (Jan 31/Feb 1 2020) and was a semi-finalist for the 2019 Blues Ink Playwriting Award from American Blues Theater; also Billy the Kid and Lee Harvey Oswald Praise Citizenship in the American Dreamtime, now streaming at Highways, on Facebook, and Vimeo. Both were directed by Darrell Larson. Her play Star Maps was included in the Ink Fest One-Act Series at the Hudson Theatre in LA in April, 2016.

The Ventures: Surf: On Screen On Canvas, on the Radio

OVER 20 YEARS ago, Tom Wolfe hung around with a group of California surfers and described them in "The Pump House Gang", an essay frequently ...

IN 1982, AFTER smoking three packs of Camels a day for 30 years, Sonny Barger, the founder of the Oakland Hells Angels motorcycle club, was ...

Phil Spector: L.A. Proved Too Much For Blake and Spector: Bring On the Trials

TWO VERY STRANGE courtroom spectacles are about to unfold in Los Angeles: the murder trials of Robert Blake and Phil Spector. I've been covering these ...

Phil Spector and Tom Wolfe: Joined at the indictment?

SIX MONTHS AFTER Lana Clarkson was found dead of a gunshot blast to the face in Phil Spector's Alhambra mansion, Esquire published an interview with ...

I DON'T KNOW how I could have gotten through a certain part of my life without KNAC, the late, great heavy metal station that played ...

FOR THE PAST three years, I've been away from California, living in Arizona but returning to the Golden State as much as I could. It ...