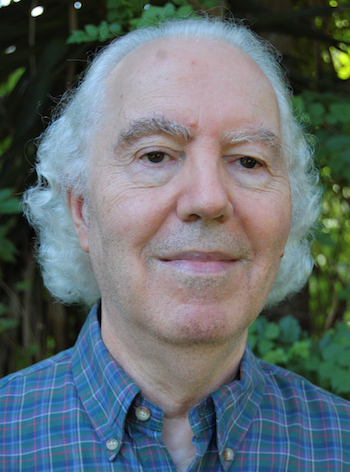 Don Armstrong began writing about the history of music journalism in 2013 while associate professor of architecture at the Robert R. Taylor School of Architecture and Construction Science at Tuskegee University, the historically black university founded by Booker T. Washington.

His first article on the history of music journalism was "Dispatches from the Front: The Life and Writings of Ralph J. Gleason", published February 2014 in the inaugural issue of Rock Music Studies. The article was cited by Simon Frith in the 2019 Cambridge History of Music Criticism.

Don followed up "Dispatches" in 2019 with "Hot Collecting Off the Record: Ralph J. Gleason's Start in Music Journalism" in the Volume 12, Issue 2 Jazz Perspectives. He currently publishes the blog Music Journalism History and administers its Facebook Group.

As a registered architect, Don's work included renovating and placing on the National Register of Historic Places the town's Lyric Theater, built as a silent movie house in 1925 and transformed into a popular venue for today's top musicians.

During his 18-year tenure at Tuskegee University, Don published a number of academic writings about design pedagogy and African-American architecture. These included two chapters in Space Unveiled: Invisible Cultures in the Design Studio (Carla Jackson Bell, Ed.). Don has served as a peer reviewer for leading academic journals including Rock Music Studies, and has presented papers at many national and international conferences.

In the 1970s, Armstrong was a professional guitarist and played several recording sessions at Miami's well-known Criteria Studios.

Along with his journalist wife Jessica, Don lives in a mid-20th century ranch house he renovated that's surrounded by 100-year-old mango trees. The sign on his home office door warns: "Don't Enter Unless You Like the Smell of Old Jazz Magazines and Democratic Politics".

An Interview with Baron Wolman

BARON WOLMAN – Rolling Stone's first photographer – changed the course of rock music journalism during the pivotal counterculture era, and I was delighted when ...

Breaking out of the galaith box: Women music journalists in America, 1920–1960

The Animals, Manfred Mann, The Rolling Stones: The History of the Blues-Rock Press: Part 1