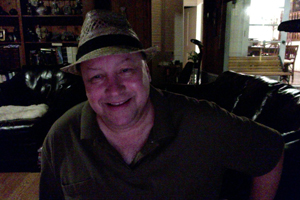 Veteran music reporter and critic Fred Shuster launched his writing career at age 14 in 1969 with a letter published in Melody Maker berating the editor for "wasting space" on such "meaningless rubbish" as Led Zeppelin instead of writing about Albert King. Fred still stands by that opinion.

Fred, currently based in Los Angeles since 1984, has been syndicated in newspapers throughout North America, acted as West Coast editor of Down Beat, and freelanced for the NME, MOJO, and Rolling Stone online.

Fred currently covers the Federal Court in downtown L.A. for a news wire service, and wishes he could magically return to the Roundhouse in 1973.

QUESTION: What do recent hit albums by Peter Gabriel, Steve Winwood and Robert Cray have in common with earlier best sellers by Otis Redding and ...

AT LEAST as it applied to blues and rock artists, Wayne Jackson of the Memphis Horns got it right when he said the late Albert ...

Freddie Hubbard: When Your Chops Are Shot

TRUMPET GREAT Freddie Hubbard greets a visitor to his cozy split-level Hollywood Hills home with a friendly handshake that belies the worry in his eyes. ...

Robert Palmer Likes Being In Funk

NATTILY DRESSED CROONER Robert Palmer admits his most interesting work was found on his first three albums cut in the mid-'70s with members of Stuff, ...

For CD Guru, Masters Are His Domain

SOME PEOPLE have the best jobs. ...

Profile and Interview by Fred Shuster, The Tennessean, 1 March 2001

Elvis Costello takes up Position of Artist in Residence at UCLA

Elvis Costello prepares for a year in Westwood ...

REMEMBER THE first stirrings of cable? The general feeling was nobody would pay for television. ...

YOU'VE HEARD his licks a million times. If you were in the music biz during the '70s, you marveled at his Prince Valiant hairstyle. As ...

Aretha Franklin Getting Plenty Of Respect

Soul Survivor On Her First Tour In 21 Years ...

AGE IS SUPPOSED to make you more accepting. Crosby, Stills, Nash and Young apparently didn't get the memo. ...

ON ROCK STAR: SUPERNOVA, the series that notches the American Idol formula up to 11, what you'll see on TV tonight is only the half ...

Johnny Winter: After A Long Drought, Winter Blows Into Town

THE CALL comes just before midnight on election night — a Texas accent thick as T-bone steak and as lived-in as the frets on T-Bone ...

BLUES GUITAR that doesn't insult the intelligence is a dying art these days, but some, like Warren Haynes of Gov't Mule and the Allman Brothers, ...

WHEN JAZZ PIANIST Herbie Hancock recently won the Grammy Award for album of the year for a set of reimagined Joni Mitchell songs, musicians and ...