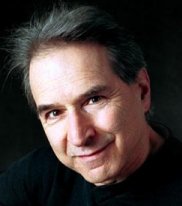 During the past forty years, guitarist and folk singer Happy Traum has been a performer, writer, editor, folklorist, teacher and recording artist. He has performed extensively throughout the U.S., Canada, Europe, Australia and Japan, and has appeared on recordings as a featured artist, as a member of various ensembles, and as an accompanist. He has played and recorded with Bob Dylan, Chris Smither, Maria Muldaur, Eric Andersen, Rory Block, Jerry Jeff Walker, Allen Ginsberg, Levon Helm, Rick Danko, Richard Manuel and innumerable others.

Happy and his brother, Artie Traum, have been playing as a duo on and off since 1968. Their first two Capitol albums, Happy And Artie Traum and Double Back, are widely considered to be classics. Long-time residents of Woodstock, NY, Happy and Artie co-produced several important records featuring some of the area's finest folk and rock musicians. These included Mud Acres, Music Among Friends and Woodstock Mountains. Happy and Artie's album Hard Times In The Country featured liner notes by Allen Ginsberg. Happy's solo albums include Relax Your Mind, American Stranger, Bright Morning Stars, Buckets Of Songs and Friends And Neighbors.

Happy is the author of more than a dozen best-selling guitar instruction books, and for three years was editor of Sing Out! The Folksong Magazine. He and his wife, Jane, founded Homespun Tapes in 1967, and they have produced a catalog of more than 500 instructional DVDs, CDs and videos, taught by top professional performing musicians. Happy produces all of the lessons, and brings to Homespun his many years of experience as a popular and productive member of the music community.

The Swan Song of Folk Music

"FOLK MUSIC is dead." We've been hearing that for some time now. The clubs and coffee houses that sprang up all over the country in ...

VAN MORRISON sits on the edge of the bed and absently picks an old Gibson. He is moody, his eyes intense and his smile sudden; ...

IN OCTOBER OF 1971, I got a call from Bob Dylan asking me if I'd like record some songs with him for his Greatest Hits, ...