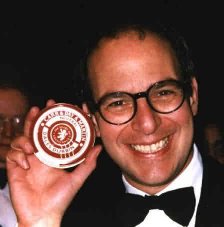 Before he looked through the keyhole and decided to make sauces himself, Boston-born Grossman was a rock writer for Fusion, Rolling Stone and other papers. Whether he still listens to Stone The Crows these days remains unconfirmed.

Loyd Grossman on the RBP podcast

The Beatles – do you still want to know what they're up to? Even if, sub specie aeternitatis, it's, like, nothing? Well, go ahead, indulge ...

Blodwyn Pig on a Cold and Rainy Night ...

IT IS BY now fairly common knowledge that Jethro Tull was this eighteenth century sort of crank from England who went around advocating the use ...

JACK BRUCE GOT a bad deal. Following the break-up of Cream Bruce was the only member of the band to emerge with less than "superstar" ...

Jack Bruce: Out of the Storm

JACK BRUCE WAS one of the most outstanding and at the same time least recognized talents to appear on the transatlantic rock scene in the ...

WHEN I HAVE to write something I mope. I mope and do other things. And I don't think about my topic. I only think about ...

WE WERE FOREWARNED by the British music press that Emerson, Lake & Palmer would be a "super-group," and indeed it was hard to see how ...

BACK IN the Bar-Mitzvah days of the drug culture the British music scene was shaken by what came to be known as The Blues Boom. ...

THE GROUNDHOGS are indicative of a new trend in British blues music. Until recently most British blues bands borrowed heavily from rock (the use of ...

It seems that Humble Pie didn't quite hit the US the right way. ...

THE STEVE MILLER BAND and the Liverpool Scene played at the Boston Tea Party on October 17th, 18th and 19th. ...

A TURNING POINT in British blues music may have been reached last May when Mick Taylor and Colin Allen left John Mayall's band. Following their ...

ARS LONGA Vita Brevis is an incredibly good album, probably one of the best to have been released in the last few years; certainly one of ...

THE NICE are one of the few different groups on today’s pop scene, centering their music around the keyboard work of Keith Emerson. They use ...

Pink Floyd: The Dark Side Of The Moon

ONE OF BRITAIN'S most successful and long lived avant-garde rock bands, Pink Floyd emerged relatively unsullied from the mire of mid-'60s British psychedelic music as ...

STONE THE CROWS are hardly a well-known band here. Whether this is due to the hard heart, but quite undeservedly so, of radio programmers or ...

FOR SOME reason Cream seems to have become the standard against which all other rock trios are judged. Not only is this unfair, it is ...

AS ALVIN LEE says in his liner notes, "The major problem of being TEN YEARS AFTER has been to record an album." This is their ...

MAYBE HIDDEN away in the offices of Atlantic Records right now is an evil genius publicity man who is trying to devise a monstrous hype ...

IT ALL SEEMED TO happen quite suddenly when in late 1966 and 1967 the United States’ record stores were deluged with a staggering number of ...