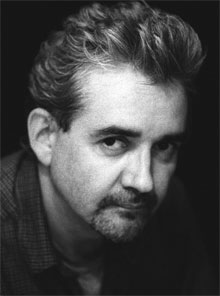 RBP's production director and slightly obsessive Grateful Dead specialist is a website designer and internet wonk who has been involved in projects for the BBC and a variety of businesses, but these days specialises in ultra-low remunerative web design for photographers and artists – lovely and talented people, but absolutely not the route to the yacht. He also takes portraits of writers for leading publishers. Prior to moving into design, he was a member of obscure London R&B act Hot House, and pleads guilty to helping inflict M-People's Heather Small on the world. He was described by NME writer and future Loaded editor James Brown as "the Keith Floyd of British Soul". He took this as a compliment.

The Beach Boys, Bob Dylan, The Rolling Stones: Rockumentaries on the Biography Channel

Not long ago, any glimpse on the box of a great musician was like catching sight of the lesser spotted grebe – all the lovelier ...

LET'S LOOK at what Paul Simon and Allen Toussaint share. They both wrote songs that helped shape this thing of ours, this culture we've shared ...

Eminem: In the Audience with Eminem

DO I DETECT the dead hand of Phil Lesh lurking here? Is there some kind of agenda, to portray the Dead as much more than ...

The greatest rock album ever made? David Stubbs and Mark Pringle believe so and tell you why, track-by-track. Plus a conversation about Jimi's post-Ladyland career and a spot of idle speculation about what he might have done had he lived.

I'M A FAN of Henry's. Like many, I fell in love with his extraordinary take on Hammond-driven gospel. He's the exemplary keyboard player for the ...

NOW WE KNOW why the Ladies Love Cool James: it’s not for his remarkably buff 40-something body (though they do love that); not even for ...

The Mighty Imperials: Keepers of the Flame, or a Retro-step too far?

Former Elvis Presley producer weeps after auctioning off "the most important guitar in rock and roll history" ...

GIG OF THE YEAR, without a doubt. To see a stage-full of musicians embrace the possibility of total chaos, of absolute failure is, in these ...

About a Bloke: The 10 Tracks Nick Hornby Couldn't Live Without

WELCOME TO a new if occasional treat: AURAL SURVIVAL, a sit-down with a much-loved CELEBRITY FAN in order to ascertain the 10 recorded performances he ...

THERE IS AN immutable law of Recovery that states that the man with the loudest voice (and it usually is a man) will consume great ...

OK, SO BASICALLY what happens is this: a saturnine, monosyllabic bloke meets a self-obsessed, vacuous girl at a Black Rebel Motorcycle Club gig at the ...

Move Over 1976 – The Revolution Is Here And Now

ANYONE UNDER 30 reading this can piss off right now. This is for your mum and dad. You don't need the help, they do. The ...

THE FACT IS, Top Of The Pops, the "iconic" British pop TV show, whose closure after 42 years was announced last week, was really never ...