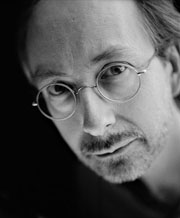 RBP co-founder Colyer is a freelance designer in London, currently residing at martinworkbench@gmail.com. He has worked in magazines from hot metal to PDF/X-4 for, among others, The Listener, The Observer and Reader’s Digest, as well as helping launch the architecture magazine Blueprint. He still receives royalty cheques from PRS (mostly in the region of £4.73) for his songwriting in Britsoul group Hot!House (see Mark Pringle, elsewhere). He is the author of a book, Commissioning Illustration, and writes on that subject for magazines such as Varoom! and Eye. In 2012 he won a Parliamentary Jazz Award for his work on Goin' Home: The Uncompromising Life & Music of Ken Colyer, a large-scale biography of his uncle. His offbeat take on music in everyday life is at fivethingsseenandheard.com. He likes reverb, outré scents, Bob Dylan's boots and the writing of Joan Didion.

Martin Colyer on the RBP podcast

The Band: Rock’n’Roll Academy: Revisiting The Band’s Rock of Ages

TWO OF MY favourite live albums were recorded at either end of 1971. In February Taj Mahal added a horn section of four Tuba players ...

SO THE CROWD parts to let Garth Hudson wheel his wife Maud to the stage, and Maud's dressed for a Woodstock winter, hat, scarves and ...

COMING OFF the extraordinary experience of making Death of a Ladies Man in 1977 with Phil Spector (being locked up in the studio, having a ...

THE WHOLE BUENA Vista Social Club never really pushed my buttons – I liked the film well enough but always drifted off when listening to ...

BOB DYLAN turned up unannounced at the Mariposa Folk Festival in Toronto in 1972, looking for Leon Redbone. Redbone was a singer and guitarist who ...

LAST SATURDAY IT was forty years ago that JFK was assassinated. Yet by November 1963, Bob Dylan had already been performing in Greenwich Village for ...

Robbie Fulks: Country Music is Not Pretty: A User’s Guide to Robbie Fulks

Prologue Anyway, before long the room has filled with people, and I grab my beloved Martin 00028 and take the stage. The show is one of ...

Martin Colyer was a member of Hot House, the Brit deep-soul trio who ventured down to Muscle Shoals in 1987 to cut their first album ...

Aimee Mann: Cover Me – Aimee, Gail and the illustrators

Video promos and downloads have diminished the value of sleeve art in the eyes of music companies, and illustration doesn't fit their brand-building approach to ...

IF YOU DIG the pulsating sound of a fully revved-up Hammond B3, the headlong rush of a low-down bar-band playing the blues and the close-to-heaven ...

HOW D'YOU follow up a Grammy-winning, plaudit-garnering album that took three years and as many producers to make? Well, you go to Minneapolis and get ...

I LAST SAW Lucinda Williams live about ten years ago when she supported Mary Chapin Carpenter in London – not an auspicious show. She seemed ...

"ROCK 'N' ROLL! PHEW!" It’s tempting to speculate what Jeff Bridges would say when faced with a B.B. King the size of a house, ...

ANOTHER WEEK, another tribute album, but this one is pretty successful. Beautifully packaged, with only one obvious clunker (Johnny Halliday's 'Blue Suede Shoes'? He don't ...