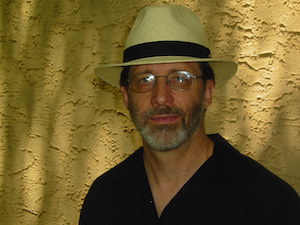 Randall Grass has been involved with music for more than three decades as a musician, journalist, radio show host and record company executive.

As a journalist he has written about music, especially reggae music, R & B, world music and jazz for such publications as the Village Voice, Spin Magazine, The Beat, Musician, Downbeat, The Philadelphia Inquirer and many more; he was also a contributor to the books Reggae International, The Rolling Stone Record Guide, The Alternative Papers and Reggae, Rasta & Revolution. His book Great Spirits: Portraits Of Life-Changing World Music Artists, published in 2009 by University Press Of Mississippi, profiles such artists as Fela Anikulapo-Kuti, Nina Simone, Sun Ra, Bob Marley, Augustus Pablo and others.

As a musician, he has performed with bands in American and Africa; he has performed with the Philadelphia-based band Philly Gumbo, which mixes New Orleans R & B, reggae, funk and blues. As a commentator or guest he has appeared on NPR's Fresh Air, PBS's the McNeil Lehrer Report, MTV's Liner Notes, CNN and various regional radio and television outlets. He was a contributor to the nationally syndicated radio shows Artbeat and Crossroads. His wide-ranging musical sensibilities have been informed by his travel or sojourns in more than thirty countries in Europe, Africa, the Middle East, the Caribbean and Latin America.

KANO, NIGERIA, 1974: Sitting in the midst of a spacious, immaculate patio surrounded by manicured shrubbery and the graceful curved stone-and-glass walls of a post-modern restaurant, ...

PROPELLED BY a polyrhythmic shuffle from drums, the hot, festive chorus of horns danced into muggy night air through the open doors of Tipitina's down ...

The King of Afrobeat enjoyed a reign of sex, hemp, jazz and rock 'n' roll — then the empire struck back, trumping up charges to ...

Teddy Pendergrass: Workin' It Back (Asylum)

ONCE, IN church, the lady next to me, looking plain and 30 and man-less, felt the rapture so powerfully that she made Jesus her lover, ...

Nigerian authorities thought 18 months in jail might silence the rebel king of sex, hemp, and Afrobeat. They were wrong. ...