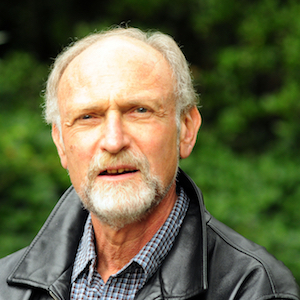 An award-winning journalist, novelist, playwright, and screenwriter, Robert Greenfield is the author of nine books, among them the classic STP: A Journey Through America With the Rolling Stones. Both his novel Temple, which won the National Jewish Book Award and was a New York Times Notable Book of the Year, and Timothy Leary: A Biography, which he spent ten years researching and writing, were reviewed favorably on the front page of the New York Sunday Times Book Review.

In May, 2009, Da Capo Press/Perseus Books published A Day In The Life: One Family, The Beautiful People, and the End of the Sixties, an iconic account of the social revolution of that time. Dark Star, Greenfield’s critically acclaimed oral biography of Grateful Dead lead guitarist Jerry Garcia was re-published in January, 2009 by Harper Books with a new introduction by Bob Weir of the Grateful Dead. Film rights to the book were purchased and Greenfield became involved in the production of an independent film based upon it.

Greenfield is also the author of Bill Graham: My Life Inside Rock and Out (co-written with Bill Graham), which won both a Ralph J. Gleason Music Book Award and the ASCAP-Deems Taylor Award for Excellence and has been re-published by Da Capo Press with a new introduction by Pete Townshend of the Who. Greenfield’s one-character play about Bill Graham was named the Outstanding Theatre Presentation at the Aspen Comedy Arts Festival and was produced at the Canon Theatre in Los Angeles with Ron Silver as Bill Graham. Greenfield is currently involved in a feature film project based on Bill Graham’s life as well as an HBO series about the early days of Rolling Stone magazine.

A former Associate Editor of the London bureau of Rolling Stone, Greenfield’s journalism has been published in eight different anthologies. His extensive profile of Owsley Stanley, "The LSD King," appeared in Rolling Stone magazine’s 40th anniversary Summer of Love edition. Having written the tribute to Ahmet Ertegun, the founder of Atlantic Records, that appeared in the magazine after Ertegun’s death in 2006 as well as the tribute to Jerry Wexler after his death in 2008, Greenfield wrote the authorized biography of Ahmet Ertegun, published by Simon & Schuster in 2011.The play Greenfield wrote based on his novel Temple, featuring Judd Nelson and Ron Rifkin, was presented off-Broadway in New York City at the American Jewish Theatre. Greenfield has reviewed books for the New York Sunday Times Book Review, the Los Angeles Times Sunday Book Review, and California magazine. His short fiction has appeared in Esquire, GQ, and Playboy magazines. STP: A Journey Through America With the Rolling Stones has been republished twice in England as well as in America by Da Capo Press in a 30th anniversary edition.

In November, 2006, Da Capo Press/Perseus Books published Exile On Main Street: A Season In Hell with the Rolling Stones, Greenfield’s account of his time with the band 35 years ago in the south of France as they recorded their classic double album. An excerpt from the book was featured in Rolling Stone. The book has been published in the United Kingdom, France, Italy, Germany, and Brazil.

Having co-written the Emmy Award nominated mini-series, The Sixties, Greenfield is a long time member of the Writers Guild who has written feature film scripts for Columbia, Paramount, and Twentieth Century Fox as well as television movies and mini-series for the NBC, HBO, FX, TNT, and Lifetime networks. He worked as Creative Consultant/Producer for three short documentary films that are on permanent exhibit in the Rock and Roll Hall of Fame and Museum in Cleveland, Ohio.

Mr. Greenfield has taught English at Cabrillo College in Aptos, California; film at Chapman College in Monterey, California; and served as an Adjunct Professor of Composition and Literature at the University of San Francisco. He lives in California.

Robert on the RBP podcast

NONE OF THIS concerns anything except maybe the back room at Max's Kansas City, which is on Union Square in Manhattan but not worth finding ...

NEIL YOUNG HAS A voice like a sunrise, fresh with promise, wise with years and practice, something you turn to for light encouragement and warmth. ...

LONDON – "If this is the revolution, why are the drinks so fucking expensive," someone has written on the wall in the toilet of London's ...

Tim Leary: or, Bomb for Buddha

JUST OUTSIDE Algiers, on the balcony of a white stone hotel by the sea, Timothy Leary sits in the sunlight. Aquiline nose, high cheekbones, eyes ...

LONDON — ON a crazy Sunday afternoon in London, Germaine Greer lolls in the corner of a crowded room with a silver knit flapper's hat ...

JOHN CALE REACHES too hard for the pay phone in the lobby of his hotel. Bang. It explodes into the soft corner of his forehead, ...

LONDON – "Aw...bet you thought I couldn't rock and roll," the piano player says, plunging into the music. ...

LONDON – "Boogie, Bobby, boogie," Marshall Chess is saying over and over to Bobby Keys in the seat next to him, slamming out the phrase ...

LONDON — Great Britain no longer need envy America its Chicago Conspiracy Trial. They've come up with a pretty good one of their own and ...

COPENHAGEN — The old black man was sitting in The Montmartre, bobbing his head to the music, snapping his fingers and diggin' on the sounds, ...

The Rolling Stones: The Stones in LA: Main St. Exiles

LOS ANGELES – One year, to the weekend, after the Rolling Stones played the final concert of their "farewell" tour of England, Mick Jagger is ...

The Rolling Stones Tour: Rock & Roll On The Road Again

LOS ANGELES – Danny has no shirt, no shoes, no wallet, no keys. The shirt went when he took it off and stuck it in ...

IN TRANSIT – Underway at last. In flight and moving. Denver, Minneapolis, and Chicago in one Sunday, the limo to the plane to the limo ...

IN CHICAGO, in the house that Playboy built, an anonymous brownstone on a quiet leafy street that Hugh Hefner calls home, the scene is a ...

In this excerpt from his brilliant new A Day in the Life: One Family, the Beautiful People, and the End of the '60s, Robert Greenfield ...

Ahmet Ertegun: A Day of Tribute in New York

APRIL 17, 2007. In the tiny village New York can sometimes become when it honors one of its own who has fulfilled the dream of ...