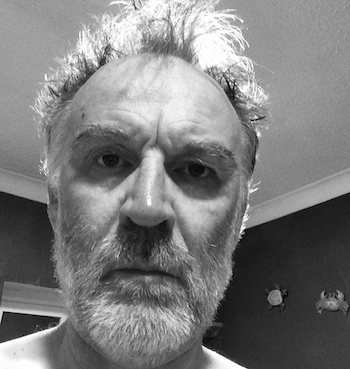 Robert Webb has written for The Independent, BBC Music, Time Out, Electronic Sound and MOJO. He is the author of several books including John Lennon in the History Press Pocket Giants series (2016), 100 Greatest Cover Versions: The Ultimate Playlist (2012) and contributed to The Rough Guide to the Best Music You've Never Heard (2012). He edited The Beat Goes On: The Rock File Reader by Charlie Gillett & Simon Frith (1996) and books on topics as wide ranging as Scottish traditional music and the Walker Brothers. He grew up in Pink Floyd's Cambridge and now lives in Norfolk, where he works in publishing.

Retrospective and Interview by Robert Webb, The Independent, 10 May 2000

The Soft Boys: Let's hear it for the boys

Retrospective and Interview by Robert Webb, The Independent, 13 April 2001

Cambridge, 1977: the unlikely birthplace of one of the UK's most influential bands. But by 1981 they were gone. Whatever happened to the Soft Boys, ...

Iggy Pop: Story of the Song: 'The Passenger' by Iggy Pop

Interview by Robert Webb, The Independent, 2006

Author's note: I'm not sure where the Q&A came from. Maybe Ricky taped the interview and transcribed the audio. ...

Retrospective and Interview by Robert Webb, The Independent, 3 July 2007

IT'S THE MIDDLE of the day in Palm Desert, California, 104 degrees and rising. Terry Reid, rock legend, is out by the pool, sucking on ...