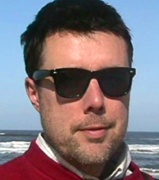 Robin Platts worked as a freelance music journalist for most of the 1990s. Completely uninspired by the music of that era, he spent most of the decade writing about artists from the '60s and '70s. His work appeared in MOJO, Goldmine, Discoveries, ICE and the Tracking Angle. He also wrote liner notes for Colin Blunstone's Live at the BBC album and has written books about Burt Bacharach and Hal David and Genesis.

Big Star: From Memphis to Columbia: An Interview With Jody Stephens of Big Star

WHEN BIG STAR released their first record in 1972, it might have seemed that they were behind the times. Like Badfinger and the Raspberries, they ...

The master interpreter talks about his long, fruitful relationship with songwriter Jimmy Webb, from first recording such classics as 'Galveston' and 'By The Time I Get Phoenix', to their recent collaboration on the Glen Campbell and Jimmy Webb: In Session album.

EVERY ARDENT music fan has at least one artist who they feel deserves a much wider audience, a great musical talent overlooked by the masses. ...

AFTER 30 YEARS in the music business, Van Dyke Parks is not a household name. ...

2013 NOTE: This is my only contribution to music journalism in the past few years. It was written because I went to see Simon and ...

IT WAS JUST for fun, really. They weren't planning on becoming pop stars, yet the Zombies came close to reaching the top of the American ...