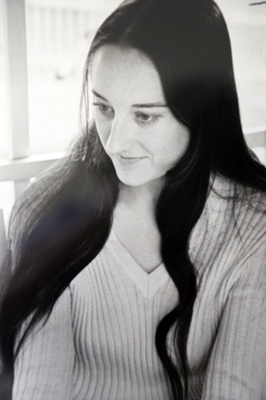 Rochelle wrote extensively for KRLA Beat in the late 1960s.

Dobie Gray Into The Acting Bag

THE "LEADER of the 'In' Crowd" came into The BEAT office this week and almost didn't get out. ...

WHEN THE first days of the air strike halted travel for many performers, one group that found their schedule bent out of shape were none ...

CHRIS MONTEZ dropped by the office this week to say 'hello' and fill us in on where he's been keeping himself lately. ...

Fire and Ice, Ltd.: Psychedelic Music — Is It Next?

"THIS JUST stuns me!" said awed Byrd David Crosby, a Beatle mate. He was standing on the field of Dodger Stadium, gazing up at the ...

"PLAYING THE Beatle tour was like performing in a closet with the lights off," confessed Briggs, one of the Remains who wandered up to The ...

KEITH RICHARD and Mick Jagger relaxed in the London hotel suite which their manager Andrew Loog Oldham was using as a temporary office and tossed ...

DID YOU SEE the New Vaudeville Band on television? Or maybe catch a personal appearance? ...

Joan Baez: A Study In Protest

WHEN THE curtains draw back and the spotlight silhouettes her against an empty stage, it's difficult to believe that slight, dark-haired Joan Baez is standing ...

The Association: Russ & His Scene

(This is the first in a series of exclusive interviews with all members of the Association.) ...

The Left Banke: People Expect A Lot Of A Group

"PEOPLE EXPECT a lot out of a pop group," commented Steve Martin recently. "They expect you to continually pour out witty little answers they think ...

"SUBTLE INSANITY," explains Jim Yester, is when the Association sings "Ba-nan-a Won-der-ful" in place of "bop-do-waah" at one point on their album track, 'Another Time, ...

HE'S A member of Sgt. Pepper's Lonely Hearts Club Band resplendent in an orange braided uniform and flowing hair, with a mustache that somehow grows ...

HE'S 6'5" TALL and would have a difficult time going anywhere in disguise since he can't even find clothes to fit at Hollywood's better mens' ...