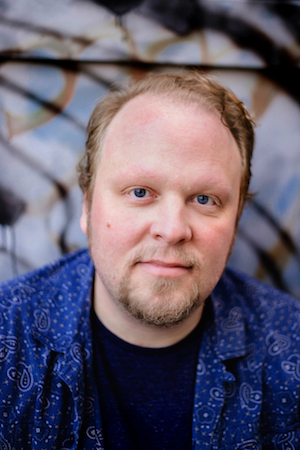 A life-long disciple of Rock & Roll, Scotty Almany began writing in independently published zines as a teenager and was first officially published in ARC Magazine in his early twenties. Also a constant figure in his local music scene for 20+ years in many roles, including performer, promotor, sound engineer, and consultant, Scotty took a brief hiatus from writing to pursue a Master of Arts in Museum Studies from Johns Hopkins University. Upon completion of his degree, he accepted the position of Digital Resources Manager at the Smithsonian-affiliated Birthplace of Country Music Museum, a role that allows him to combine his education, experience, and love of music and popular culture. He is an avid fan of the Toronto Maple Leafs and lives with his wife and their many canine and feline housemates in Bristol, Virginia.

PEACE LOVE Death Metal is yet another howling offspring from the relentlessly prolific psyche of Josh Homme and company. ...

The Fiery Furnaces: An Interview with Matthew Friedberger

AFTER GOING THEIR separate ways as young adults after supposedly, a less than congenial childhood, siblings Matthew and Eleanor Friedberger reunited in their hometown of ...

I'D HEARD MANY tales of the unpredictable wild man who once fronted Chapel Hill's romping rockabilly legends the Flat Duo Jets, so I wasn't sure ...

JOLIE HOLLAND was born and raised in Texas. Taking an interest in music at a young age, she was playing multiple instruments, not to mention ...