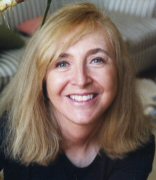 Sheila Weller is a bestselling author and award-winning magazine journalist. She is the author of six books – two of them New York Times bestsellers. Of her 2002 family memoir, Dancing at Ciro’s, The Washington Post said: "This chronicle of glamour, rage, sorrow and despair makes a substantial contribution to American social history." In its starred review, Publishers Weekly called her 1992 narrative nonfiction "a uniquely drawn tragedy, told brilliantly." Her 1995 account of the marriage of O.J. and Nicole Brown Simpson, Raging Heart – based on exclusive interviews with almost all of the couple’s closest friends, immediately after the murders -- gave the case a major prosecution witness, was entered into the trial, was top of the national news upon its publication, and reached #2 on the Times bestseller list. Her lauded 1997 Saint of Circumstance revealed additional victims of "preppy rapist" Alex Kelly and the social context of his crimes in an affluent Connecticut suburb. She is also the author of Marrying The Hangman, about a 1987 New York murder and custody case. The book demonstrated how wife-killers can gain custody of their children through the U.S. legal system.

Weller’s Girls Like Us: The Lives, Loves, Songs And Times of Carole King, Joni Mitchell and Carly Simon – And How They Mirrored and Fueled The Incredible Journey of a Whole Generation of American Women, based on exclusive interviews with many dozens of intimates, was published in spring 2008.
For her magazine journalism, Weller is the winner of six New York Newswomen’s Club Front Page Awards (one in 1994; one in 2000; a record three in 2002; one in 2004). In 2004 she was the third place winner for her body of features in the magazine feature category of the National Headliners Award. She is a 2006 awardee of the Emma award for journalism by the National Women’s Political Caucus, as well as a third place 2005 awardee, despite her lack of qualifying membership, from the National Association of Black Journalists for her reporting in Mississippi on the 40th anniversary of the Schwerner-Chaney-Goodman murders, Sheila Weller is senior contributing editor at Glamour, which won the 2005 National Magazine Award and was a finalist for the 2006 National Magazine Award, her articles submitted in the award-consideration package both years. She writes major pieces on social history for Vanity Fair, most recently, about the early-1960s Malibu surfers in August 2006. She was senior contributing editor at Self and contributing editor at New York (for which she wrote newsbreaking cover stories), and has written for numerous other publications including Rolling Stone, The Village Voice, Redbook, Ms., and The New York Times Book Review.
Weller served throughout the 1990s on the boards of directors of Sanctuary for Families, the largest domestic violence agency in New York state. She is married to writer John Kelly, author of The Great Mortality: An Intimate History of the Black Death – the Most Devastating Plague of All Time and nine other books, and lives in New York City, as does their son, Vanity Fair executive editorial assistant Jonathan Kelly, 24 – and Berkshire County, Massachusetts.

Review by Sheila Weller, Fusion, May 1972

THE BLACK cultural tradition has always depended for its survival on oral, rather than written, communication: from the chants of tribal Africa to the folk-tales ...

Jimi Hendrix: I Don't Want to be a Clown Any More

LIBERTY, NEW YORK – Records, film, press and gossip are collectively ambitious in creating the image of a rock superstar. With Jimi Hendrix – as ...

The Rolling Stones: King Hash Is Sure To Come

Report and Interview by Sheila Weller, Rolling Stone, 14 May 1970

NEW YORK – At the age of 25, he has to his credit two published novels, one published collection of poetry and four albums of ...