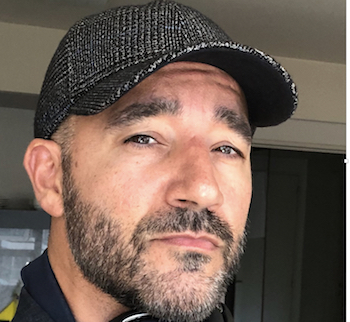 Steve Pafford has written about arts and entertainment types since the 1990s. Having trained from the floor up in UK music titles such as Q, MOJO and Record Collector, he's had his work featured in a wide variety of British, American and Australian media including the BBC, Channel 4, CNN, The Independent and the New York Times, as well as lifestyle publications F:S, Gay Times, GuySpy, QX and DNA, and the record-breaking exhibition David Bowie Is.

Steve has interviewed or worked with an impressive array of music notables, including Adam Ant, Annie Lennox, Blondie, Boy George, Chris Martin, David Bowie, George Michael, Iggy Pop, k.d. lang, Lou Reed, Pete Burns, Pet Shop Boys, Philip Glass, Rick Astley, Thomas Dolby, Tony Visconti, Visage and Toyah Wilcox. Boy George congratulated Steve on his "A-Level Bowie", while Madonna went one further and displayed his first book BowieStyle, a collaboration with another former MOJO staffer Mark Paytress (Omnibus, 2000), on her Marble Arch coffee table. Though his fellow half-Greek George Michael once chastised him because "he turned up at one of my concerts wearing a T-shirt that said 'I Wanked Off George Michael'. I should've written on the back of it, "You most certainly did not!"

Steve divides his time between Australia and the south of France. Somewhat ironically for such a lover of music, he can't dance.

Blondie: It was 40 Years Ago Today: The Story Of Blondie's Parallel Lines

DESPITE BEING the last act out of the original New York punk scene to be offered a record deal, the blond ambition of ex-Playboy Bunny ...

Steve Pafford presents a track-by-track review of quite possibly the gayest album of the year… ...

As David Bowie turns 60 on 8 January, Neil Tennant from Pet Shop Boys talks about his lifelong obsession with the man who fell to ...

David Bowie was the bisexual alien rock star who sold genderfuck to the world. He's also claimed to be the first pop star to declare ...

David Bowie was the bisexual alien rock star who sold genderfuck to the world. He's also claimed to be the first pop star to declare ...

ALL THE EXTRANEOUS talk of tantrums and tears, beehives, booze and bisexuality has, over the years, tended to overshadow the fact that Dusty Springfield was, ...