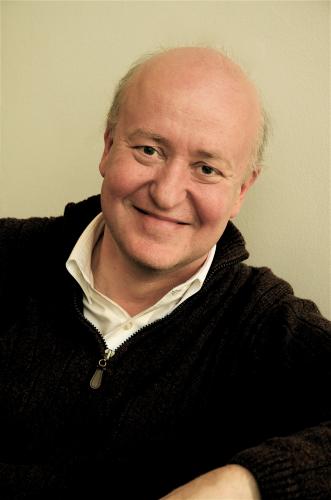 Tim Page is a writer, editor, music critic, producer and professor. He is a Pulitzer Prize-winning music critic for the Washington Post and other publications, and also the editor and biographer of the American author Dawn Powell.

"GOD, I HATE fashion! It destroys everything!" We're sitting in the Spring Street Bar, Jeffrey Lohn and I, on a polluted spring day. The boomtown ...

IN MY opinion, Philip Glass is one of the two or three most interesting musicians alive today. Along with fellow composer Steve Reich, he has ...

THERE'S NOTHING particularly mysterious about writing a piece of "classical music," especially when one commands the power and influence of a Paul McCartney. ...

CONDUCTING IS the most mysterious of musical talents. Who hasn't wondered what that person was really doing up there anyway, making those funny faces, testing ...

HE CALLED himself a mere "saloon singer" from Hoboken, New Jersey. But Frank Sinatra, who died late Thursday at the age of 82, was much ...

The High Llamas: A Different Breed

'Crossover' British Rockers Deftly Blend Old and New. The Result Is A Horse of Another Color. ...

BACK IN THE early 1970s, when Captain Beefheart was at the decidedly sub-stratospheric pinnacle of his fame, there was no faster way to clear out ...

NEW YORK — There is a distinct whiff of Disney to the Lower East Side these days. Tidied and fattened by the Manhattan real estate ...

ON THE DAY after Thanksgiving 1979, Judee Sill, a 35-year-old, deeply depressed and physically broken singer-songwriter, took an overdose of opiates and cocaine in her ...

THERE ARE CERTAIN creative figures whose mature works are almost tangential to their enduring artistic influence. Marcel Duchamp falls into this group, as does Andy ...