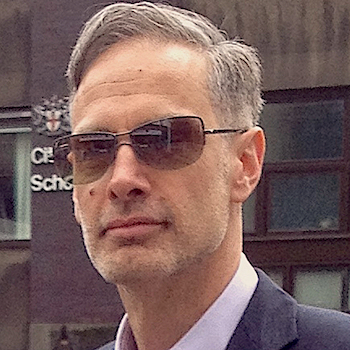 Toby Manning is a London-based writer who has contributed to Word, Q, Mojo, Mixmag, Select and NME and is the author of The Rough Guide to Pink Floyd.

AC/DC: High Voltage and other reissues

Bob Dylan: Time Out Of Mind

DYLAN'S 41st ALBUM announced his creative rebirth after nearly a decade in the doldrums. ...

The Hives: Could this cocksure Swedish pop-punk quintet be the new Strokes?

DESPITE THEIR immaculate black-and-white shirt-tie-and-shoes ensemble, Swedish garage-rockers the Hives have a disconcerting habit of stripping in front of strangers. ...

Review and Interview by Toby Manning, Q, May 2003

It's not all post-punk brooding. They like drugs and girls too. ...

He has a bulletproof vest, a world-famous penis and has never ridden the bus. Nice life! ...

Since the advent of the unholy trinity of internet, MP3 and CD burner, the music industry has gone into piracy tailspin. Toby Manning feels like ...

IF EVER THERE was a soundtrack for the Cold War era, it was Magazine. Musically and lyrically, this definitive new wave band inhabited the wintry ...

The Magic Numbers: Those The Brokes (Heavenly)

The Soft Parade: Those The Brokes hits the ballad button — a touch too hard ...

The fifth album from Atlanta's Chan Marshall is a collection of songs by — amongst others — Smog, Dylan, Lou Reed and the Rolling Stones. ...

GEEZERS NEED EXCITEMENT. WHICH IS WHERE THE STREETS, AKA MIKE SKINNER, COMES IN. THE PEOPLE'S POET IN TWO-STEP'S GARMS, HE IS THE WIMP MADE GOOD, ...

NORTH WALES' scenery is some of the most beautiful in the world, and yet this beauty belies its elemental dangers, barely a month going by ...

A celebration of the life and music of Richard Thompson: folk rock legend so culty they boxed him twice: this time for fans only. ...

Dishpan hands not a problem. ...

WHILE MICHAEL Jackson's creativity is on the wane, there are still some artists who find him inspirational. ...

Gillian Welch: The Girl With No Name

Profile and Interview by Toby Manning, Word, The, August 2003

The fastest-rising folk singer of her generation is an urban college girl writing spare, soulful country tunes set in a bygone America. Her natural mother ...

Wilco: Hi, My Name's Jeff, and I'm a Wilcoholic

LIKE ALL LAS VEGAS hotels, the Mandalay Bay is a self-contained city, comprising restaurants, bars, even a "beach," complete with electric waves: anything and everything ...

Drugs: Out of Control?

The pills are getting cheaper, the music's getting faster, the nights are getting longer. Now the club promoters have joined police and newspapers in telling ...