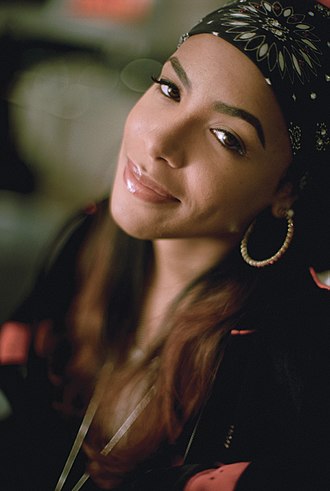 The Soul in the Machine: Whatever Happened to Atlantic Records?

"UNFORTUNATELY, we’re running a big business here now," Ahmet Ertegun confessed to author Gerri Hirshey in 1982. "And it sort of ... well, it drives ...

THE GRIEF and shock that gripped the R&B fraternity after Aaliyah Houghton's death in a plane crash in 2001 was more than just sorrow for ...

She's 15, she's pregnant, she's married to the scandalous R Kelly. Or so the rumours go. But really, the only thing you need to know ...

Aaliyah talks about her One In a Million album & more

Just 17 but already something of a music biz veteran with a million selling debut album and dues-paying road activities behind her, the sweetly seductive ...

Major record and movie success could just be the ingredients for an ego problem. However, the Native New Yorker singer/actress remains firmly rooted in reality. ...

On the heels of her best-selling debut, Age Ain't Nothing But a Number, fifteen-year-old Aaliyah was rocked by a sex scandal that would have crushed ...

Aaliyah's Age Ain't Nothing but a Number Ages 20 Years

THE LATE SONGSTRESS'S DEBUT ALBUM DROPPED IN MAY 1994, LAUNCHING A TOO-BRIEF CAREER THAT'LL NEVER BE FORGOTTEN ...

THREE WEEKS BACK, I lay in a sea-salted bathtub with candles, bubbles, and headphones, listening to Aaliyah. Lamenting the state of my love life during ...

AALIYAH DANA HAUGHTON was just 22 when she died last Saturday in a plane crash in The Bahamas, but she'd already been famous for seven ...