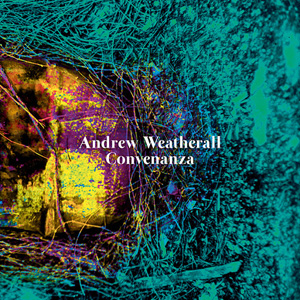 BY THE time we got to Grinstead we were...oops! Wrong summer of love...No wallowing in mud here, no bad acid, no teds and no people ...

The former darlings of indie rock may lose some deities with their new house-orientated single 'Loaded', but Primal leader Bobby Gillespie is determined to use ...

With The Stone Roses at Spike Island, the Mondays at Glastonbury and numerous other raves, the summer of 1990 should be one to remember. John ...

In his first ever interview outside Bocca Juniors, ANDY WEATHERALL talks to PUSH about being the most sought-after remixing whiz-kid of the Nineties and his ...

Damned by the Pope as the "most debauched area in Italy", Rimini is fast becoming a Euro-clubber's hedonist mecca. And when hundreds of Brits touched ...

An out-mind experience with the extra-dimensional Andrew Weatherall and Jah Wobble, the man for whom the expression "raving mad" was invented... ...

Let me take you on a journey... After the drugs and the digital-industrial dreamscapes, just what is the secret of the mega-successful Techno white dance ...

ANDREW WEATHERALL has towered over the British club scene since he first found fame as a DJ in the acid house explosion. He created 'Loaded' ...

Andy Weatherall twiddled the knobs that turned a Primals ditty into a House classic, and got himself a job for life. ...

Andrew Weatherall: Sabre as a Judge

ANDREW WEATHERALL was a wanker, but he's alright new. At least that what he tells TED KESSLER in the wake of his girlfriend ditching him ...

Andrew Weatherall helped to invent both dance music and the superstar DJ. Then, burnt out and disillusioned, he went underground. As he emerges with a ...

THE LIST OF ANDREW WEATHERALL'S achievements as DJ, musician, songwriter, producer and remixer could fill a hefty volume. His career took him from working as ...

see also Sabres of Paradise, The