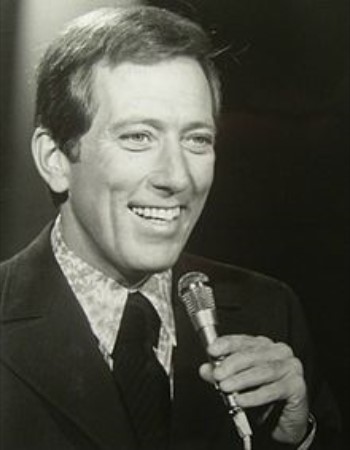 Andy Williams Explains Why He Didn't Do A Palladium TV

ANDY WILLIAMS settled back into a deep armchair at London's Dorchester Hotel. "I couldn't appear on Sunday Night At The Palladium," he said, "because of ...

Andy Williams: I Owe This Hit To Frankie Valli

ASK THE average pop fan about politics, and he'll recoil in horror. Lots of people in pop, and outside it, believe that politics and pop ...

AND SUDDENLY, or so it seems to me, there is Andy Williams. Always rated in the top handful of ballad-sellers at international, there is now ...

ONE OF America's true men of song, Henry Mancini lays proud claim to a remarkable list of musical credits, sprinkled with the occasional academy award. ...

Darling of the soap-opera set, Goliath of the balladeer belt, Andy Williams is so very glad to be back in this wonderful country. Caroline Coon ...

Popular crooner who sold more than 100m albums in a career that spanned eight decades ...