Archie Bell and the Drells 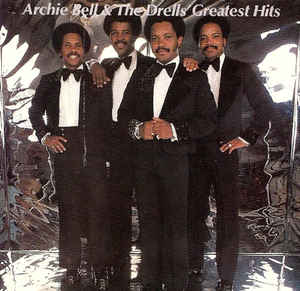 IT'S BECOMING commonplace these days for Britain's pop public to turn on to American soul acts at a time when the artists' career is quiet ...

Archie Bell and the Drells: Dance Your Troubles Away (TSOP PZ 33844)

NEW YORK: A four-act show always runs the risk of dragging, even when the organisation is as meticulous as it was last Saturday at the ...

Archie Bell and the Drells Still Dance All Night

NEW YORK – Archie Bell interrupts his rushed, businesslike replies for a moment and works up the faintest trace of a smile: "I didn't know ...

ITS AN old saying that you can't keep a good man down, right? Well, that saying has never been better proven than by our old ...

Archie Bell & the Drells: Where Will You Go When The Party's Over (Philadelphia International PIR 81567) ****

ALTHOUGH IT doesn't scale the polyrhythmic peaks of their last perpetual player, Archie's guys' second set for PIR is far more consistent than their first. ...

Archie Bell and the Drells

John Abbey talks to the man who was making disco records before Disco was even invented... ...

Archie Bell and The Drells

Q. When is a Philly group not a Philly group?A. When they're a bunch of Texans known as Archie Bell & the DrellsJohn Abbey talks ...