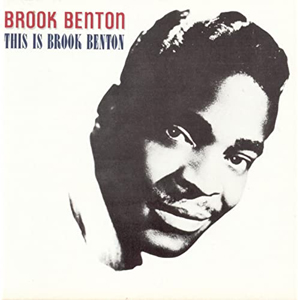 Brook Benton: Either You Got It Or You Don't Got It

ONE OF the most pleasing successes of 1970 was Brook Benton with what to me was probably the most soulful record of that year, 'Rainy ...

Brook Benton: Brook's Bent on a Come Back

BROOK BENTON'S face has just broken into a big grin. When his eyes roll back down from the ceiling and he stops laughing to himself, ...

AFTER SOMETHING like twenty years of continuous success in the States, Brook Benton looks like finally achieving the breakthrough that has eluded him during the ...

Brook Benton: Brook's No Hero Of The Past

LIKE RAY CHARLES, Fats Domino and precious few others, Brook Benton's pulling power as one of the father figures of black American music continues despite ...

THIS MONTH'S MIND-BLOWER: The Benton basement tapes surface after 18 years in the can and turn out to be a bag of fun for all ...

The Stylistics: 'Chitlins In A Basket' Special

BROOK BENTON'S music was a study in contrast. The lushness of the backings was juxtaposed against the contained passion in his voice. On ...

A MUSICAL SAGE once quipped, "If you write music, you're a composer. If you write words, you're a lyricist. If you do both, you're Cole ...