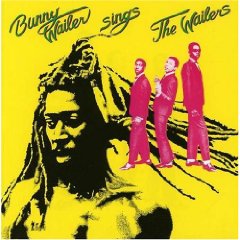 AS TO WHY Bunny Wailer has chosen this moment to come down from the hills and ransack the files of old Wailers material – well, ...

The erstwhile Neville O'Riley Livingston ruminates on the Wailers' legacy; on returning to England after 16 years; on the poor state of reggae today and the serious side of the Jamaican genre; on Ziggy Marley as a successor to his father Bob; on political violence in Jamaica and Peter Tosh's untimely death; on the rise of African reggae and his new album Liberation.

IT HAS been a remarkable year for reggae, a year which has seen the full flowering of the music as a vehicle for social, political ...

"WHY DO THEY regard me with awe? I didn't know that people think of me as superhuman. I've never flown or anything of that type. ...

THE PRODIGIOUS travesty of our time may be that rock bands rooted in reggae like the Clash or the Specials are more familiar to white ...

The Words and Works of Bob Marley and the Wailers

THE DEATH of Bob Marley last month robbed reggae music of its foremost ambassador, the man who more than any had turned outside ears and ...

"...and we know we shall win because we are confident of the victory of good over evil." ...

Bunny Wailer: The Bright Soul of the Blackheart Man

BUNNY WAILER, who formed the creative nucleus of the Wailers with Bob Marley and Peter Tosh when the group became Jamaica's reigning pop heroes in ...

"Bunny had fashioned a guitar out of a large sardine can with a bamboo stalk and electric wires. Another friend, Peter MacIntosh, obtained a real ...

The Wailers: Pirates Yes They Rob I