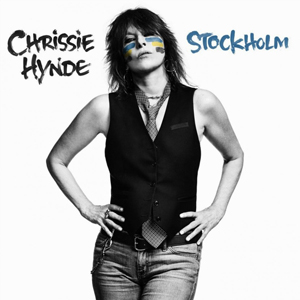 "PEOPLE OFTEN say to me in interviews: 'You aren't very prolific are you?' The answer is, no I'm not! I could step up my output, ...

IT IS JUST POSSIBLE, I SUPPOSE, THAT SOMEWHERE IN Chrissie Hynde's attic, there lurks a portrait of a withered old crone hunched over an electric ...

Should Kurt Cobain have unplugged his fax or Evan Dando blabbed about crack? Should Brian Jones have smoked in public? Chrissie Hynde has the answers ...

CHRISSIE HYNDE, wild woman of rock, sits in a private members' club in London's Portman Square in a finely tailored pinstripe suit. Despite the elegance ...

Chrissie Hynde and The Pretenders have just finished a fall 2000 U.S. tour opening for Neil Young. Hynde and her group included versions of Young's ...

Chrissie Hynde: Back In The Ring

After burying half the original Pretenders, CHRISSIE HYNDE bowed out of the rock'n'roll limelight to bring up her kids. Now she's made her best album ...

Lasses of the Mohicans

"Alcohol is worse than heroin and my pal Kate Moss should lose the fur coats": Chrissie Hynde on fighting form

She has single-handedly built the template for the modern female rock'n'roller: she has out-partied, out-married and, in many cases, outlived her contemporaries. ...

Talker Of The Town: Chrissie Hynde

Chrissie Hynde is releasing her first-ever solo album. But never mind that. Just let her talk. Because the legendary Pretenders leader can talk for London, ...