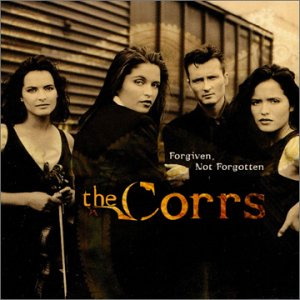 Corrs Sharon and Jim on family, songwriting, the death of their mother, religion, and Mick Hucknall's wine!

Au contraire, Mrs, Mrs, Mrs and oh, Mr Corr. You are extraordinary in ways it would be rude to fully explain, while a Number One ...

The Corrs: We are family

Profile and Interview by Sean O'Hagan, The Observer, 22 July 2000

The Corrs have been keeping it in the family for 10 slow-burning years, and are now emerging as the ultimate cute-and-catchy pop band. Sibling pop ...

Glamour and gutsiness — par for the Corrs ...

DISAPPOINTINGLY for some of the boys in the crowd, the Corrs were one sister short, since drummer Caroline is recuperating after the birth of her ...

IT'S BEEN A long hiatus, punctuated by the joy of nativity, the sorrow of bereavement and the pursuit of singular ambition, but the Corrs – ...