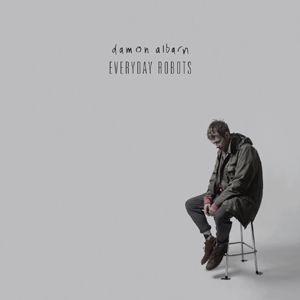 Blur's Damon Albarn tells CAROLINE SULLIVAN he is tired of being a star, tired of Yob Pop and tired off feuding. That's why he's reading ...

YOU HAVE to admire his nerve, if nothing else. In between existing musical commitments to Blur and Gorillaz, Damon Albarn is going global with his ...

Blur are no longer the centre of Damon Albarn's world and he says he finds the idea of turning into a career band like U2 ...

Brett Anderson and the real rivalry of Britpop

BACK IN the heyday of Britpop, the rivalry that garnered all the column inches was that between Blur and Oasis; the nice middle-class Essex boys ...

Damon Albarn: The serious side of monkey business

Author's note: The completed version was edited down and most of Damon Albarn's quotes were removed. This 1600-word version, below, features many more quotes from ...

Damon Albarn's label Honest Jon's has discovered the world on their doorstep in the form of the EMI Archive. ...

Afro-Indie: Across The Great Divide

Report and Interview by Ben Thompson, The Observer, 15 June 2008

Suddenly indie rockers are embracing African sounds. Could the long years of a cultural apartheid be coming to a close, asks Ben Thompson ...

Profile and Interview by Robert Sandall, The Sunday Times, 2 November 2008

He's indifferent to money and drugs. He hates the celebrity circus. And he famously said no to Tony Blair — but yes to getting drunk ...

Tilting and Drifting: The Songs of Scott Walker at the Barbican, London

IN LINE WITH his progress from '60s teen heartthrob to reclusive disciple of the avant garde, Scott Walker has long since given up performing in ...

Stephen Dalton at the Manchester International Festival finds Damon "the Martin Amis of Britpop" Albarn's musical about the life of Dr John Dee to be ...

With an upcoming Blur show and a number of albums set for release in the coming months, Damon Albarn's 2012 looks set to be as ...

Between staging an opera and preparing for Blur's Olympic show, Damon Albarn travelled to Mali to spend quality time with an old friend. But Islamic ...

DAMON ALBARN has had a busier Olympic summer than even Lord Coe, juggling multiple Games-linked projects including his Doctor Dee opera and Blur’s mammoth Hyde ...

Damon Albarn: "Pop's gone back to showbiz. It's like the Beatles or Dylan never happened."

Profile and Interview by Sean O'Hagan, The Observer, 27 April 2014

WHEN DAMON ALBARN was nine, he persuaded his parents, who were in the process of moving house from Leytonstone in east London to rural Essex, ...

see also Good, The Bad & The Queen, The