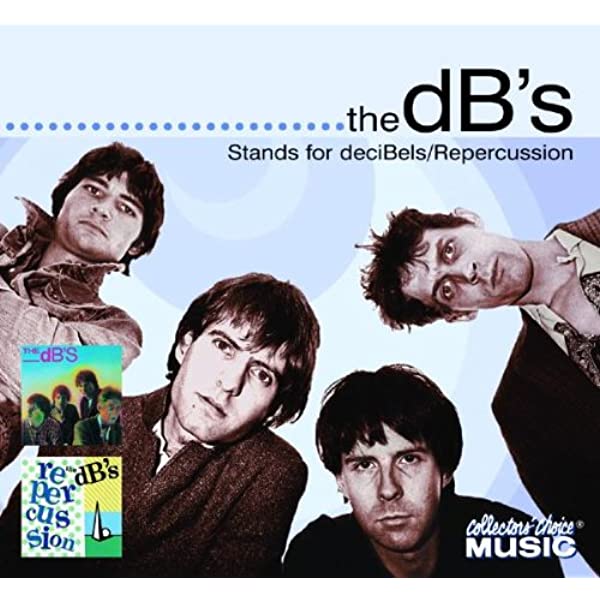 PERHAPS THE most fertile period for pop-rock experimentation were the years between the end of the Merseyboom and the beginning of the Woodstock/FM radio era. ...

THE dB's PANDER to no-one, patronise no single style, are interdependent on each other and independent of just about everyone else. Repercussion is better than ...

THE APPEARANCE OF The Great American Pop Band on these shores hasn't exactly caused a stampede to the nation's box offices. But the dB's ...

"A dB IS A proportion, a logarithmic measurement of energy," Chris Stamey, 27, explains. "It doesn't mean there's necessarily a lot of it; it relates ...

THE CONVENTIONAL wisdom on these Carolina-bred, N.Y.-honed popsters says they're expert in the studio, puzzlingly erratic in concert. On two Albion import albums, Stand For ...

Chris Stamey: The Wonderful Wacky World of an ex-dB

SOME ROCKERS start earlier than others. North Carolina native Chris Stamey, for example, was a mere nine years old when he got his first tape ...

"THERE'S NOTHING WRONG with honest American music," says Peter Holsapple, guitarist, keyboard player and main songwriter of the dB's. He goes on to cite Elvis ...

CENSUS-TAKERS have determined that there is a core audience of 19,422 citizens with a susceptibility toward charmingly weird, clever, and sensitive pop-rock with a foundation ...

Interview by Barney Hoskyns, The Times, 1991

AN INEVITABLE side effect of any domestic pop explosion in Britain is that the best American rock should be overlooked by radio stations and the ...

Spies In The House Of Pop: The dB's and their star-crossed third album, Like This

THOUGH CAROLINA-to-Hoboken legends the dB's already had their first reunion gigs at Maxwell's in Hoboken last fall, this Gotham show was their big coming-out party, ...

IN '82 WE WERE all listening to the dBs' second album, Repercussion. The Barracudas, having been shown the ejection seat by EMI, were in a ...

Go All The Way: A Thing Called Power Pop

"Pete Townshend coined the phrase [power pop] to define what the Who did. For some reason, it didn't stick to the Who, but it did ...