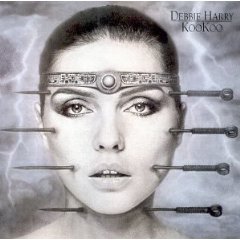 Debbie Harry: It's About Time, Isn't It?

SO WHY, WE must ask, is Debbie Harry back right now, exactly? Has she brought out her brand new single, 'French Kissing In The USA', ...

Debbie Harry: A Chat with the Punk Pop Queen!

WHAT A difference a year makes. The last time I spoke with Debbie Harry she was gearing up for the release of the first Blondie ...

Elle ne regrette rien: La Harry on Blondie then and now, NYC then and now, on art and movies, on Chris Stein, and on the latest Blondie album The Curse of Blondie

The Wind In The Willows

FORMED ALMOST a year ago, The Wind in The Willows is a seven-member group from the New York area playing their own particular kind of ...

This is a transcript of Ian's interview with Debbie. Listen to the audio here.   ...

Debbie Harry Goes Beyond The Valley Of The Dolls

WHEN WE LAST left Blondie's Chris Stein and Deborah Harry back in December, Autoamerican had just been released. Owlishly-wise Chris was predicting it would get ...

Blondie: Making Tracks And The Art Of Parties

THE B2 ART GALLERY is oddly situated in derelict Thameside structures off Wapping's hysterically termed High Street. But no rundown jungle on the other side ...

FIVE YEARS is nigh on an eternity in pop, and Debbie Harry has returned to a changed world — a world in which the Lower ...

Deborah Harry: "Wendy James? Isn't She In The Primitives?"

Life's a bleach and then you dye. Bouncing back into the fray with her current hit single 'I Want That Man' DEBORAH aka DEBBIE HARRY ...

DATELINE: MAY 28, 1977. There she stood, growling, upon the stage of the Hammersmith Odeon with her skinny-tied boys around her. ...

BACK WHEN Blondie was becoming America's biggest New Wave band, Deborah Harry's deadpan lyric barbs cut the edges around her paper-doll appearance. This is the ...

AS NORMAN MAILER ONCE SAID, "ALL blondes are natural blondes." Look it up in any book of pop quotes and you'll probably find a picture ...

(RBP Editor's note — the original article in High Times was printed missing a section. Victor Bockris provided us with material which, in part, filled ...

WHEN YOU FIRST came to New York in the late '60s you worked as a waitress at Max's Kansas City. An eye opener? ...

Encounter with a Stiletto: Debbie Harry in 1974

EVERY TIME Bob Gruen called me he’d open the conversation with "What’s happening, man?" Of course it was me who should have been posing the ...

BEFORE Madonna, before Courtney Love and Shirley Manson, before Karen O and Beth Ditto, there was Debbie Harry. ...

DEBORAH HARRY'S road manager is a tall Californian called Machine. He has a moustache, a firm handshake, and is ineffably polite. "Deborah will be with ...

Debbie Harry on punk, refusing to retire and sex at 69

Forty years after Blondie found fame on the New York scene, Debbie Harry is still waving the flag for women in the music business – ...

IT IS A popular misconception that – once they have tasted chart success and seen their faces in magazines – music stars like Debbie Harry ...

see also Wind In The Willows, The