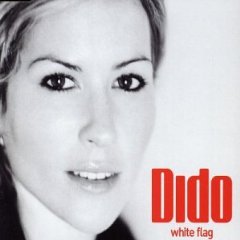 No Angel? An Audience with Pop's New Queen

"HELLO, LOVE, IT'S ME," chirps Dido into her mobile phone. Q tries not to listen. Q listens. "Did you record The Sopranos? Great." Then some ...

Profile and Interview by Dave Simpson, The Guardian, 29 January 2001

LAST NOVEMBER, 29-year-old Dido Armstrong and her boyfriend Bob were discussing their day at work. Bob had gone to the office and relaxed with a ...

WHEN DIDO scheduled her first British tour since becoming a star in America, opening at a small London club must have seemed like a smart ...

Interview by David Quantick, The Word, 2003

DIDO LIVES in Islington, along with half the Labour Party, the entire cast of EastEnders and the late Arthur Mullard, who used to sit outside ...

EVERYBODY LOVES a happy ending. And in 2000 the Dido story provided one guaranteed to appeal to the British sense of fair play and love ...

Our correspondent casts a weather eye over the fleet of female singer-songwriters floating their sonic pedalos in the wake of Dido's mighty MOR steamship ...

Dido: Queen of the Road

Dido is Britain's most successful female artist ever, yet is releasing only her third album since her 1999 breakthrough. She tells Sheryl Garratt about the ...