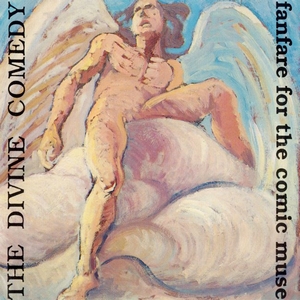 SETANTA HAS PROVED to be a prolific nurturing ground for new talent lately, with acts like Power of Dreams, Into Paradise and the Frank and ...

THE DIVINE COMEDY are this year's finest purveyors of unlucky-in-love pop — this year's Pulp, in other words. Which makes mainman NEIL HANNON, the new ...

Up the Dante — The Divine Comedy: Casanova (Setanta)

Did the world misunderstand THE DIVINE COMEDY'S last LP? Now it's been reissued, and it's time to think again ...

LIKE MOST tortured artists, Neil Hannon is filled with anguish and frustration. But Hannon, the Irishman who is the Divine Comedy, has little use for ...

Neil Hannon, aka the Divine Comedy, belongs in the last century, says Caroline Sullivan — the man who penned the Father Ted theme tune is ...

It takes weeks to make it sound this easy, says Divine Comedy songsmith. ...