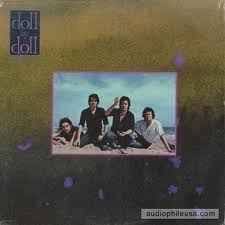 I pushed a penny in the toilet door then I quickly stepped inside to some graffiti and a greyhound paper and the gentle thought of ...

Doll By Doll: Entropy Is Just Another Word For Nothing Left To Lose

"If you go walking in the street today/be sure and listen what the young boys say/they know the colour of speed is red/you don't become ...

Doll By Doll: How To Change The World In Ten Easy Stages

"For a long time now I have felt the Void but have refused to hurl myself into the Void.I have been as cowardly as everything ...

Doll By Doll: Night Of The Psychotic Woodsmen

AS OFTEN happens, the rock 'n' roll romance blows hot and then cold before it settles down to a realistic affair. ...

ZigZag: The Party (The Pain)

IT WAS OUR party... the day ZigZag came OUT. An erratic monthly "fanzine" (not owned by IPC or any other gardening clubs) celebrated ten years ...

Interview by Kris Needs, ZigZag, May 1980

"The main thing I've got to emphasise at this time is we're just not going away"– Jackie Leven ...

SIDE TWO crashes in with the heaviest number on the record. 'The Perfect Romance' is in the old style of Doll By Doll aural agony... ...

The Stars that Fame Forgot: Doll by Doll