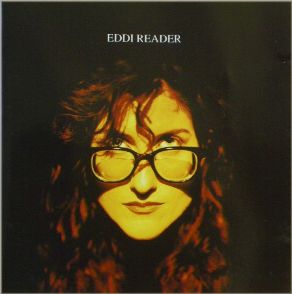 THE CHOIR are one of those support acts guaranteed never to outshine the headliners; a Playwright For Today's idea of a Top Rock Band. Strident, ...

FAIRGROUND ATTRACTION SPLIT after one platinum album, The First Of A Million Kisses; 'Perfect', the sound of summer '88, was soundaliked and killed by an ...

Unbearably arrogant, brimming with self-confidence, "in ya face" ... Eddi Reader is distinctly lacking in these most basic of frontperson qualifications. "I’m very insecure," she ...

EVEN ALLOWING for our response to singing being largely subjective, some voices just do the job, don't they? For me, Eddi Reader is up there ...

EDDI READER ready to do it alone. After a decade of drawing heavily on collaborations with other writers, she realizes it's okay – in fact ...