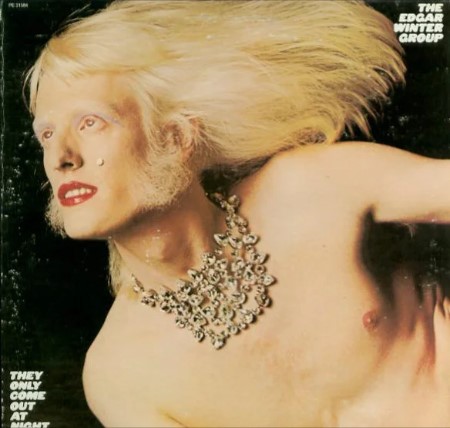 THE ATMOSPHERE was a bit tense and strained at the Capitol this particular night as Columbia Recording Studios was recording all of what was going ...

Review by Danny Goldberg, Circus, May 1971

THIS IS MY pick for the greatest album of the year; it certainly is the most impressive surprise masterpiece to hit the rock scene in ...

ELP Group Presents a Mixed Bag at the Bowl ...

IT WAS ONE of those days. You know, Spring Fever and all that. Ben tumbled in from the Agitator laundromat grinning vacantly, mumbling something about ...

EDGAR WINTER’S White Trash are advanced cases of the Live Album Syndrome. Their line-up allows them to tackle soul, gospel, blues and rock, depending on ...

Edgar Winter: They Only Come Out At NIght

My, my, who pushed dear, dear Edgar and the boys into the closet? Now really. Do you expect me to believe it was THEIR idea? ...

LIKE THE WEATHER, the music at London’s White City on Sunday was a mixture of fair and foul. ...

STEVE PAUL'S in a good mood right now. He's just been informed that West Side Story is playing somewhere in London and already he can ...

EDGAR WINTER shoots pool pretty good considering he's as blind as a bat. The green ball gives him trouble because that's the same colour as ...

EDGAR WINTER tried to relax with little success, his normally impassive face showing signs of serious discomfort as he attempted to fit his six-foot frame ...

OAKLAND – "My band's a dictatorship and Edgar's is a democracy," Johnny Winter blurted out through the hotel-room haze after playing the last of three ...