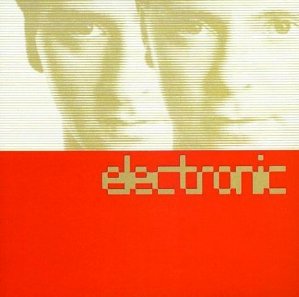 Electronic: Return of the Supergroup

Supercharged sex monsters or battery-fuelled dinos? Either way, Electronic are having none of it. But Betty Page did have a top day out ...

THEY PROBABLY STARTED DIPPING the gold discs the moment it was announced that New Order's singer Bernard Sumner and the modern world's most in-demand freelance ...

IT'S THE DREAM ticket – two prime movers from the two most significant British pop groups of the '80s unite to form a unique presidential ...

Electronic: Getting Away With It

John McCready probes the northern soul of Electronic, the first English supergroup of the '90s ...

Bernard Sumner and Johnny Marr, two of the great icons of eighties pop, tell DAVE SIMPSON what keeps them going ...

FIVE YEARS after cementing their partnership as the coolest Mancunians on the planet, Messrs Marr and Sumner return with a dreadfully disappointing album. Raise The ...

Electronic: So I Took Her, And That's My Bet Lynch Story

Electronic's Bernard Sumner and Johnny Marr may have a new album out but – heck – we've just got to hear about that Bet Lynch ...