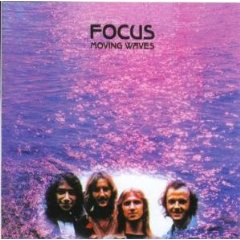 ALTHOUGH OUR entry into the European Economic Community is being saluted with umpteen art forms and rock concerts in the capital, perhaps the greatest – ...

IN A SMALL OFFICE at the Manchester Hardrock, reeking of stale beer and dirty ashtrays, Jan Akkerman is struggling to light a cigarette. Outside, where ...

Focus: Focus And The American Hell

MIDNIGHT was our cue to quit the Swiss restaurant and return, like five Cinderellas, to our hotels. It wasn't a case of trembling at the ...

Focus: How to Make It Without Playing Top 40

Focus: At The Rainbow (Polydor)

LIVE ALBUMS basically attempt to recreate a concert atmosphere with favoured musical pieces by the band in question and sycophantic noises from the audience. ...

TONY STEWART goes Dutch and finds FOCUS in the painful throes of an identity crisis. Get your paranoia here, folks. ...

FOCUS HAVE been through some changes in recent months, and happily for fans of this Dutch band with an international reputation for fine music – ...

JAN AKKERMAN, lead guitarist of Focus, represents the new breed of European guitarists so long invisible under the veil of the English players. Where the ...

If you look like this … when you really feel like this…then your name is Thijs Van Leer and you’re trying hard to make the ...

THE PACKED house in the weirdly constructed union hall seemed undistressed by Jan Akkerman's absence and were even so gracious as to applaud the new ...