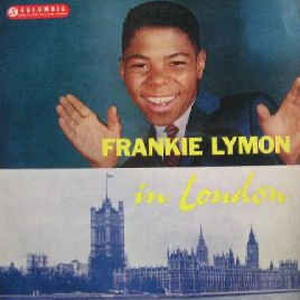 Frankie Lymon And The Teenagers

It could not have been uncommon to have to wander around the poorer suburbs of New York City in the early 1950s, especially in the ...

I’m Not A Juvenile Delinquent: The Death of Frankie Lymon

THE LAST TWO months have been sad times for blues, rock and soul fans all the world over. All three idioms have had their brutal ...

Frankie Lymon: Why Do Fools Fall In Love?

Black vocal groups once sang for enjoyment on street-corners throughout ghettos in each of the big American cities. Late into the night they harmonised together, ...

Retrospective by Bill Millar, The History of Rock, 1981

AS ROCK'N'ROLL GROUPS PROLIFERATED, the age at which they turned professional took a nosedive. With names such as the Classmates, the Juniors or the Sixteens, ...

Frankie Lymon and The Teenagers

Retrospective by Jeff Tamarkin, Rock and Roll Hall of Fame, 1993

RONNIE SPECTOR, in her autobiography, Be My Baby, wrote, "A lot of entertainers can't or won't tell you where they got their style from. But ...

"I WAS MERELY a pawn in a big chess game," said Frankie Lymon, just months before he died of a heroin overdose on February 28, ...

"I WAS 12 years old when I first heard Frankie Lymon singing 'Why Do Fools Fall in Love' on my grandmother's radio," wrote Ronnie Spector ...

Crooks and Fools: Morris Levy, Frankie Lymon, and the story of 'Why Do Fools Fall in Love'

'WHY DO FOOLS Fall in Love' is one of the classic hits of the '50s.  Along with its importance to the history of rock 'n' ...